An illusion is a type of creature summoned by a mesmer that serves to draw aggro or do damage. They require a foe to be summoned and they will attack that foe until it, or the illusion, dies. If their target is not within their attack range the illusion will first walk into range before attacking. Mesmers can have different illusions attacking different targets by summoning them on said different targets separately. 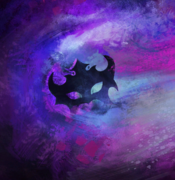