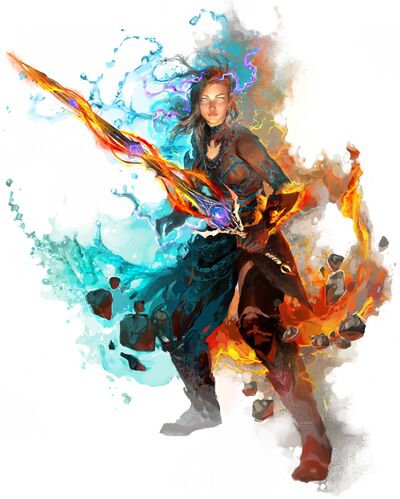 Weavers can attune to two different elements simultaneously, deftly cycling them from hand to hand and combining them to powerful effect. They favor swords in battle, and channel the strength of the elements using their stance skills.

Weaver is an elite specialization for the elementalist that focuses on stance skills and adds a new Dual Attack mechanic that creates a unique third weapon skill based on the two attuned elements. It also allows them to use a sword.

Weavers can be attuned to two elements at once. When attuning to a new element, the current main-hand attunement switches to the off hand, while the new attunement is placed on the main hand. You can attune to the same element twice in a row, resulting in a typical single-attunement skill bar.