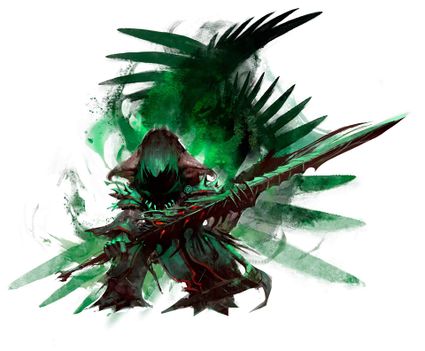 An inexorable force on the battlefield, the reaper empowers itself enough to wield a cleaving greatsword to harvest its foes. Slow and hard-hitting, these deadly combatants call out the impending doom of their enemies with piercing shouts. Upon accumulating sufficient life force, they can enter the reaper’s shroud, a deadly form that grants them a dark scythe of malevolent energy and the abilities to match it. Capable of heavily afflicting their victims with chill and other conditions, the reaper wades into melee receiving and dealing blows knowing nothing can save its foes!