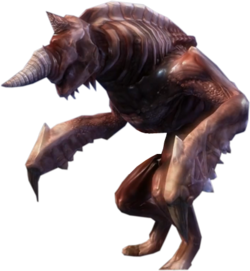 Minions are undead servants bound to the will of their master. Fueled by the dark magics of their creator, these amalgamations of corpses defy mortality and make a mockery of life. Made of bones, flesh, and even shadow, minions are forced to obey their master, and will fight by their side until the end of their life in death.

Minions are summoned by practitioners of all branches of necromancy, and those necromancers that specialise in this art are commonly nicknamed minionmancers. Beyond this, there exist powerful undead necromancers known as liches, who specialise in the art of reanimation and can control hordes of undead. 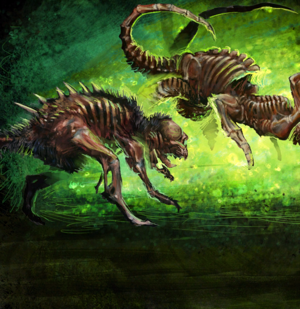 Minions are one of the types of utility skills available to necromancers. These skills summon a minion of the same level as the necromancer, they stay alive until destroyed by damage, do not have health decay, and their health regenerates while out of combat. When a minion dies or is sacrificed, that minion utility skill goes on recharge, and the minion can be re-summoned after the recharge. Minions are destroyed if the necromancer dies or if the minion utility skill that summoned it is switched from the skill bar. Minions only inherit the player's Condition Damage, Condition Duration, and Boon Duration attributes. Conditions applied by minions are counted as being applied by the Necromancer, which is important for traits like Parasitic Contagion and Corrupter's Fervor. All other attributes, such as health, are determined by the minion type.

Beyond the minion utility skills, minions can also be summoned by necromancers through the Death Nova trait, the Summon Madness skill of Lich Form, and by the "Rise!" Reaper shout skill. Any player can also summon one Jagged Horror minion through the Superior Rune of the Lich. Minions are also rarely encountered free-roaming in some locations throughout Tyria, the Underworld and the Mists; and summoned by hostile necromancers. 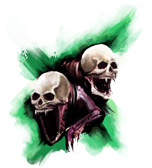