This article is about the effect. For other uses, see Stealth (disambiguation). 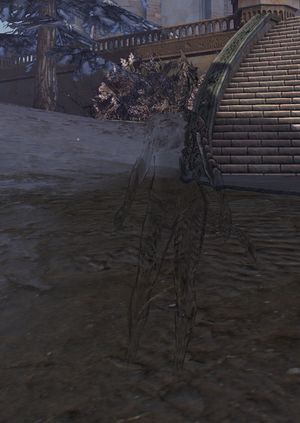 A character under the Stealth effect with the gray outline.

Stealth, also known as invisibility, is an effect which allows the stealthed character to be invisible to enemy players and avoid being detected by hostile NPCs.

A stealthed player character will appear as a transparent outline to allies. Hostile NPCs will stop attacking if their target goes in stealth, although they will not lose their accumulated aggro towards the target and the stealthed character won't immediately break away from combat. When thieves enter stealth, their first weapon skill changes to a Stealth Attack, which can only be used while they remain in stealth. Characters in stealth cannot be targeted by enemies, but can still be hit by attacks and take damage without breaking stealth.

Hitting a foe with an attack breaks stealth for the attacker; if the attack was made out of range, misses, was blocked, or was evaded, they will not break stealth. Abilities that do not deal direct damage (like Caltrops) will not break stealth, even though they apply damaging conditions. When a character breaks stealth, they gain the Revealed effect which prevents the user from re-entering stealth for several seconds, regardless of the skill used. The Revealed effect is not applied if the stealth ends normally.

There are a few similar effects to stealth, these are:

These other effects however do not stack with stealth, and don't trigger traits or skills affecting stealth. The skills and traits providing these effects are not therefore listed below. 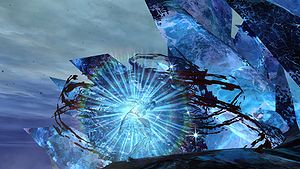 See also: Hide in Shadows#Related skills for Mesmer skills that grant an almost identical effect, but with a pink outline.

Upgrade components that trigger on stealth[edit]