This article is about the elite specialization for engineer. For the article about warband members, see Scrapper (warband). 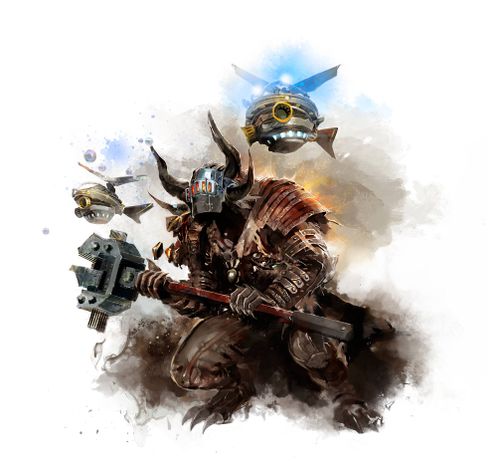 Scrappers are support-oriented engineers with access to gyros and a plethora of other cleansing abilities. You can aid multiple allies in large-scale battles with massive area-of-effect skills, healing and providing superspeed and other necessary boons. They are also adept at crowd control.

Scrapper is an elite specialization for the engineer unlocked with the Heart of Thorns expansion. The resourceful scrappers are expert tinkerers, and their best invention yet is their Function Gyro. This tiny hovering drone performs menial tasks for the busy scrappers, who use it for reviving allies and finishing downed foes. Scrappers also employ gyros to create well skills that support nearby allies and damage enemies. They can wield hammers, bashing both their enemies and scrap for the next invention. Scrappers focus on damage dealing and control with a bruiser playstyle, and can opt to provide important boons to their allies.

The Scrapper's profession mechanic is the Function Gyro, which replaces the elite tool belt skill and allows the Scrapper to revive allies or finish foes from a distance.

With Mordremoth’s awakening, engineers that discover the wreckage of the Pact fleet can choose to learn the ways of the resourceful scrappers. These masters of improvisation gain access to the mighty hammer while crafting utilitarian gyros to accomplish all manner of arduous tasks. A pinnacle of their craft is the function gyro, capable of restoring health to waning allies and dealing the coup de grâce to lingering foes. They bring a bruising style of lockdown and negation melee to the engineer.

Scrappers are resourceful engineers using advanced technology, scrapped from the wreckage of the Pact fleet, to dominate the battlefield.[1] As the Tyrian technology has advanced, so did the inventions of engineers, allowing them to create useful gyros, tiny machines that have been crafted with specialised purposes, that would freed their time to allow them to focus on other things.[2]