Listen closely. There are forces at work in this city, in this world, that will take us all down if we let them. Together, you and I can make a difference.

Marjory Delaqua is a human detective of Canthan descent. She is the business as well as romantic partner of Kasmeer Meade, and forms half of Delaqua Investigations.

Stub. Key elements of this npc article are incomplete. You can help the Guild Wars 2 Wiki by expanding it.
Reason: Needs to be significantly expanded

Marjory was born to a working class family of Canthan descent in Divinity's Reach. Her parents inherited Canthan items from her grandparents.[1]

In her younger days, Marjory studied necromancy together with the norn Jhavi Jorasdottir. She was impressed by how efficient Jhavi was, and she learned about the pressure the norn was under to live up to the expectations set up by her great grandmother Jora.[2]

Marjory got her start in the Ministry Guard of Divinity's Reach, but grew disillusioned and left after witnessing Ministry Guard Henrick Baker murder Mendel, a young boy, for threatening to unravel a conspiracy surrounding an unidentified member of the Ministry who had captured and tortured a woman with dark magic. The boy's ghost entrusted his weapons to Marjory, but the ghost was dispersed by the necromancer-for-hire Kraig the Bleak before Marjory could interrogate the boy properly about the identity of the minister. With the help of a mysterious benefactor known only as "E", Marjory then decided to leave the Ministry Guard and become a private investigator. The case of the ghost boy remains unsolved to this day although Marjory promised to have justice for Mendel and other victims involved in the case.[3]

Later, Marjory had joined the Durmand Priory. Although she went inactive in the order, she would still occasionally exchange information with them.

In 1326 AE, shortly after the murder of Captain Theo Ashford, Captain Logan Thackeray arrived in the Dead End to recruit Marjory to ensure the killer was caught. Accepting Logan's offer, Marjory and Kasmeer headed to Lion's Arch to track down the killer. While there, she encountered Inspector Ellen Kiel, the leader of the Lionguard's investigation.

Kiel asked what Marjory could do that the Lionguard couldn't and Marjory responded that she could use a specialized box designed by Magister Tassi to track energy fluctuations, and demonstrated the device by using it on the deceased charr ambassador. Marjory concluded the ambassador had came into contact with arcane residue similar to that of the explosion, but not when the blast had occured. In the following days, the Lionguard tracked down the suspects and Marjory sent the Pact Commander to interrogate the suspects, though Marjory herself remained in Lion's Arch.

When the Tower of Nightmares appeared in Kessex Hills, Marjory and Kasmeer were there on the scene to investigate. With the help of adventurers, Marjory was able to develop an antitoxin for Scarlet's poison and deliver it to the heart of the tower, destroying it. She later fought the Twisted Marionette in Lornar's Pass with Braham, Rox, and Taimi. Later, Marjory once again puts her head together with Kasmeer (and Vorpp) trying to determine Scarlet's plans, and concluded she was aiming to attack Lion's Arch.

The group were too late to stop the attack, but Marjory and Kasmeer traveled to the besieged city nonetheless to assist in the evacuation of its citizens. After the miasma cleared out, they joined the assault of the occupied city, and eventually found themselves aboard the Breachmaker, Scarlet's airship. Marjory and Braham approached Scarlet, intending to put her down, but were knocked back by a powerful blast, with Braham injured and Marjory thought dead. However, Rox was able to work some battlefield magic on her while an enraged Kasmeer engaged Scarlet.

After the defeat of Balthazar with Kralkatorrik and Aurene absorbing his powers, Marjory was sent with Kasmeer to keep an eye on the Elder Dragon's movements.

Marjory along with Kasmeer, Braham and the commander, were invited to the celebration organized by Imperator Bangar Ruinbringer in Grothmar Valley. 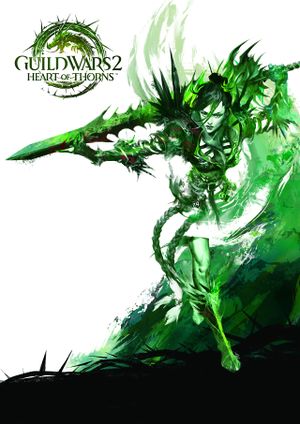 Skills (Bjora Marches during The Wind and Nothing More)

Before completing Hearts and Minds
I'm not sure how to feel. This is it, the culmination of everything we've worked toward over the past two years. I feel nervous and anxious, and I feel ready to bury Belinda's sword deep into Mordrem's heart.

Belinda's memory will see you through the coming battle.

I've lost people before, but Belinda... I wasn't prepared for how deeply her loss wounded me. She was my family. My sister. A part of me.

That's why we keep on fighting, so no one else has to lose a part of themselves.

That's right. Just say the word, Boss, and we'll teach that dragon a thing or two about suffering.

After completing Hearts and Minds
I can't believe it's really over. I've barely had time to process anything since Belinda died. I feel like this fog of dread has finally been lifted from me.

I've been worried. You and Kas have been uncharacteristically quiet.

We've been dealing with a lot. Some of it's...personal and I'd rather not discuss it. It's time to celebrate our victory. You earned a few smiles.

I couldn't have done it without you and the rest of the guild.

That's exactly what a great leader should say. Sorry, I don't mean to put you on the spot, but I really do mean it. This guild is strong because of your leadership.

Commander, good to see you found this little hideout.

With Ash Legion, there's always more than meets the eye.

Marjory Delaqua: Malice set up this camp when she caught wind of possible Renegade activity here in the homeland.
Sorex Ripshadow: Surveillance only, Commander. Imperator's orders.

Jory, how'd you get here?

Marjory Delaqua: Found this place shortly after meeting Malice. The signs were well hidden, but not well enough for me.
Marjory Delaqua: I've been getting to know Ash Legion pretty well. It's funny all the things you can learn just by standing still.

(If not completed An Eye for Detail)

Have you discovered anything interesting since you've been here? (for the spoken elements that follow, see An Eye for Detail)

I don't think I've ever felt less...me. This place has a way of changing people, Commander. We need to look out for each other.

None of us has to do this alone. If you need support, ask for it.

Greets
Join me.
It's you.
Can't get enough of me, huh?
You're my lucky charm.
Well, hello there.
Hey, sugar.
Hello, good-lookin'.
What's the word?
I'm armed and dangerous.
I'm ready when you are.
Hello.
Let's get this show on the road.

Deaggro
Okay. If that's how you want to play it.
See you...on the other side.