This article is about the area. For the Strike Mission location sometimes called Raven Sanctum, see Sanctum Arena. 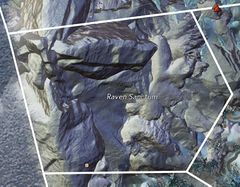 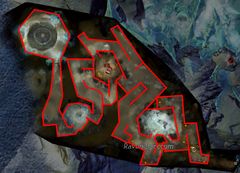 The Raven Sanctum is an area inside a mountain in Bjora Marches, which becomes accessible to a character after completing The Invitation. It is a trial in which Raven tests his havrouns, forcing them to navigate a maze, question their perceptions, and ponder the solutions to three hypothetical dilemmas. There are no right answers to these dilemmas; their purpose is to improve the havroun's wisdom by demonstrating the complexity of life and its lack of straightforward solutions to problems.

The trials may be navigated once per day for a beneficial effect and some loot. See Mysteries of the Raven Sanctum for details.