The Last Straw is a tale by Angel McCoy.

The boy couldn't have been older than eighteen. A pool of blood reflected the lights of Divinity's Reach, and his death rattle still echoed back and forth between my ears.

I stated the obvious, "You killed him." 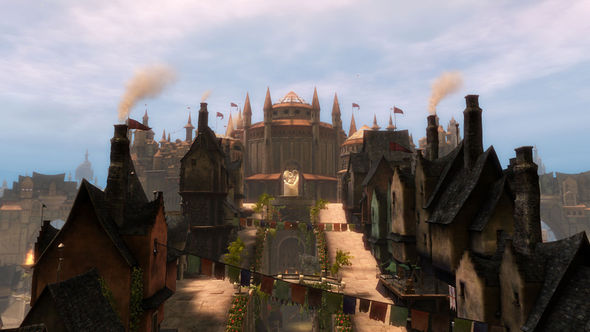 "I did my job." Ministry Guard Henrick Baker had moved in so close I could smell the smugness on his breath. His uniform matched my own, the scarlet and silver I'd worn since joining the Ministry Guard. He'd taken the same oath I had—to protect and serve the Krytan Ministry and Divinity's Reach. And yet, he'd murdered this citizen without trial or hesitation.

With one quick movement, unexpected by either of us, I slammed him against the stone wall, my forearm pressed hard up under his chin, my feet braced against retaliation. I ignited a gleam of necromantic fury at my fingertips—near his eye, where he couldn't miss it.

He shied away, turning his face from the threat.

My voice didn't sound like my own. "We were just supposed to take him in for questioning."

"Those might've been your orders, but they weren't mine." Baker had the nerve to sound pleased with himself, as if he'd one-upped me. "It was a need-to-know mission."

The Ministry had heard rumors that the boy had witnessed a gruesome crime. My immediate superior had dispatched Baker and me to bring him in. Bring. Him. In. Not kill him.

"You won't get away with this," I said, lacking anything wittier.

"What can you do? Turn me over to the Seraph? This was sanctioned by brass up in the nosebleed offices, way above our ranks. I'd be out of the holding cell before the Seraph had even finished grilling you. Then, you'd be the one in trouble, not me." 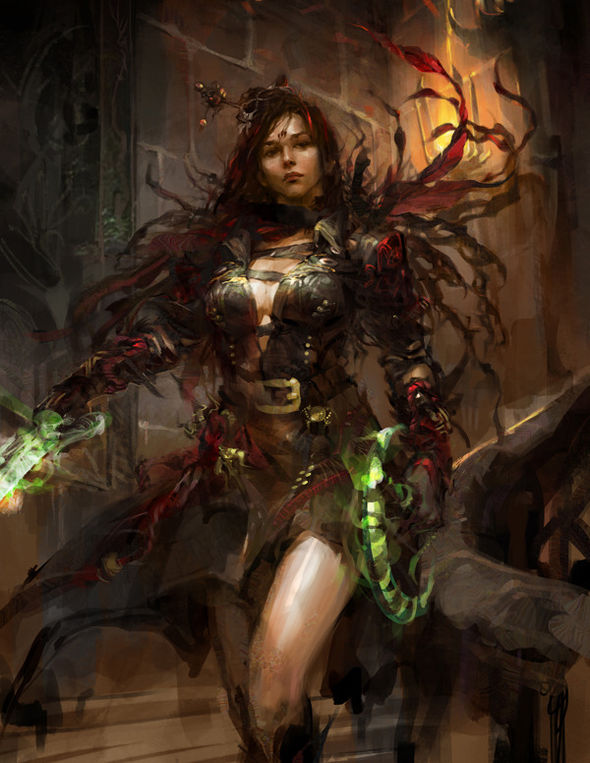 My gut told me he was right. The stink on the Ministry Guard had been turning my stomach for far too long. I gave one last shove at his chin, banging his head against the stone, then released him. I did not, however, turn my back on him.

"Good call," he said. "Listen, don't be naive. What's one dead stranger out of thousands in this city? The Ministry keeps us safe, and that's all that matters. You keep your head down and do what you're told. Maybe you'll earn that need-to-know status. I'm heading back to the offices before some nosy citizen comes along."

I was shaking so badly I couldn't even answer him. I just watched him walk away, listened to the steady tap of his wooden heels on the cobblestones, and chewed on this last straw, this final, irrefutable stick of evidence that I was in with the wrong people.

"Hello?" someone said in a voice as quiet as the grave.

I turned on my heel and found myself face to face with a ghost, the boy's ghost. My necromancy surged in me, responding to the presence of the recent dead. I let the power swell and flow through me.

"Hello?" the ghost boy repeated, starting to panic. "Is someone there?" He had his back to me.

I kept my voice soft, as if speaking to a cornered animal or frightened child; both applied. "Mendel. It's okay. You're not alone."

I could ease his passage, if nothing else, send him to the Mists, where...well, who knew if it was any better there than here. Probably wasn't.

"Who...who are you?" The aether warped his words.

"It doesn't matter anymore. Tell me one thing, and then I'll send you to the gods. What crime did you witness yesterday?"

I directed my magic at him, guided it over him like a mother's touch, and saw him relax. "You can tell me." 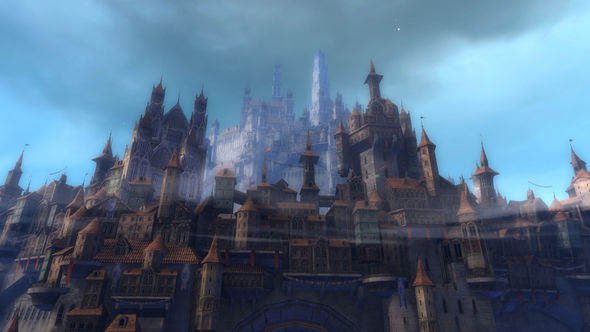 He buried his face in his hands. "They took a...woman...into a cellar. They used dark magic on her. She screamed, but it was silent. Her mouth opened, but no sound came out. Her eyes..."

For the first time, the ghost boy looked straight at me, and he said, "Minister—"

Energy crackled behind me a fraction of a second prior to the blast. It shot past my left ear, and instinct sent me rolling to the side. But the spell hadn't been intended for me. It hit the ghost boy square in the chest and threw him back, off his feet, into mid-air.

The ghost boy screamed as his chest imploded, then was sucked into the Mists through a hole torn in the fabric of the world.

I landed on my feet in the next moment, but it was too late for the ghost boy. I shifted into hunter mode. The other necromancer had already turned tail and run, leaving an energy trail I could follow if I hurried. I sprinted.

At the end of the alley, I flew out into a wide street and stopped, scanning for my prey.

A cloud of dead air burst up around me, latched on, and would not let go. Putrid, the air contained particles that clung to my skin and clothes, lingered inside my mouth and nose, and made my eyes water. I steeled myself against it. You'd think a necromancer would be used to it, but not that smell. Your body reacts automatically. I fought back the urge to gag and searched my surroundings.

There! A black-cloaked figure slid through the shadows on the far side of the street.

I ran after the figure and was catching up when it turned another corner. I'd learned my lesson, so I slowed to a stop, crouched, and peered around the edge.

No nasty spell hit me in the face. No target was waiting for a fight. No one. 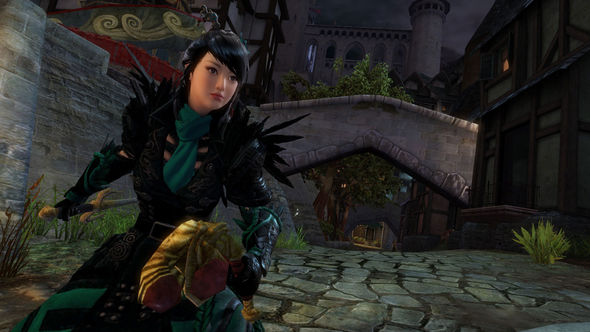 I stood slowly, and as I reached my full height, a body came up gently behind me. Arms wrapped so intimately around me that my fight or flight instincts never kicked in. Then, a knife appeared at my throat.

I froze. When you've been had, there's not much you can do but listen.

A deep voice whispered next to my ear, "Calm." I sensed no necromantic power radiating from my captor. This was someone different. "The man you're chasing is Kraig the Bleak. Magic for hire. You'll probably never see him again."

"Listen closely," the deep voice said. "There are forces at work in this city, in this world, that will take us all down if we let them. Together, you and I can make a difference."

My body was relaxing, senses expanding, and I'd finally caught my breath. "And what a positive start to our relationship." My sense of humor was even returning.

Before I knew it, I was released, throat intact. I spun around, but no one was there. My captor—E—had left me standing, alone, on a moonless night, at the edge of a cobblestone street that smelled of rotting vegetables and dog droppings, and all I could think was, I need a new job.

The next day, I turned in my badge. The day after that, I took my first case as Marjory Delaqua, private investigator: I hired myself to unravel the conspiracy behind the ghost boy's murder. I haven't succeeded yet, but I will. If nothing else, everyone ends up in the Mists eventually, and we necromancers come with a large dose of patience.