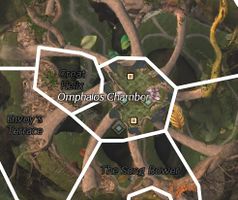 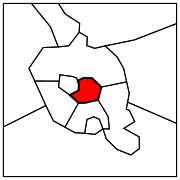 Location within The Grove

The Omphalos Chamber is the uppermost chamber of The Grove, constituting the point at which the Pale Tree's roots meet her trunk. Here, her Avatar watches over her most precious possession: Ventari's Tablet, which hangs from her trunk cradled within flowering vines.

There are two versions of the Chamber: the standard instanced version, which is accessed by using the elevator east of

Upper Commons Waypoint — ; and a non-instanced version, which can typically only be accessed via mount.

The Soul of the Pale Tree —