This article is about the leaders of the Elder Dragons' armies. For the NPC rank, see NPC rank#Champion. For the fifth episode of the Icebrood Saga, see Champions. 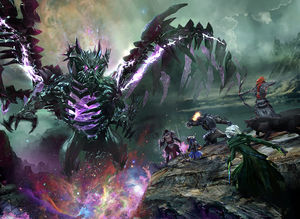 Destiny's Edge battle against the Shatterer.

Lieutenants are hand-picked by the dragons. They're not mindless drones, but intelligent killers, and have the power to corrupt living beings.

Champions, sometimes referred to as lieutenants, are created or corrupted by the Elder Dragons to lead their armies and to reinforce their minions. Dragon champions are of themselves extremely powerful, but they also tap into the inexhaustible power of their masters. An Elder Dragon may have multiple champions at any given time,[1] with the champions' shapes ranging anywhere from draconic to humanoid.

The difference between a champion and other dragon minions is that champions are imbued with a much greater amount of the Elder Dragons' will and magic, and possess an intellect of their own with which they act according to their master's wishes.[2][3] Champions are also capable of spreading corruption much faster than lesser minions or even swarms of minions.

Occasionally, dragon champions are not referred to as individuals but rather a rank in the Elder Dragons' forces. For example, the Claw of Jormag is not a single individual but a rank of champion whose objective is to harry kodan refugees coming from the north.[5] 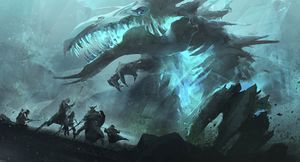 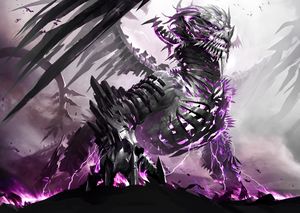 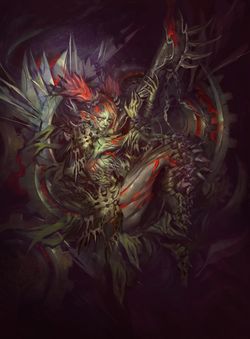 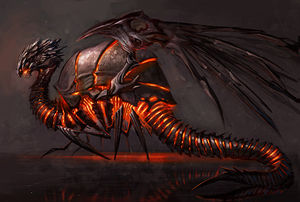 Unlike normal dragon champions, some are corrupted without stripping away their free will. These figures are often considered bonded instead of corrupted as a means to differentiate them. Those who become bonded champions always choose to be corrupted and open their minds to their Elder Dragons rather than resist it, calling it a connection.[6][7] This does not include dragon minions who regained their free will via a purification ritual after their will had been stripped away, like Glint or the Pale Tree.