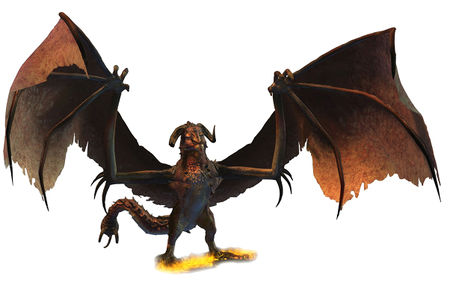 Wyverns are creatures that inhabit the Heart of Maguuma's canopies and cliffs, ruling the skies above even with the recent but heavy Mordrem infestation. A few minor wyverns can also be found in craggy, wetland locations in the Elon Riverlands and the Sandswept Isles. They are winged cousins of drakes, and much like their cousins can appear with multiple elemental tendencies, the most common of which is fire but electrical has been seen as well.

Wyverns rarely leave the heights except to hunt or to chase down those who had endangered them. When hunting, adult wyverns will more often try to attack mid-flight, landing only when their powerful breath attacks prove too unreliable.

A wyvern found within The Mists has the ability to talk. It is unknown if this is caused by the odd properties of the Mists themselves or if this is widespread among all members of the species.