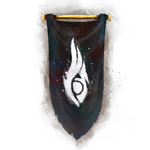 Some must fight, so that all may be free.

Players may join the Vigil during their personal story at the end of the level 30 story mission. Joining the Vigil leads you to work with Warmaster Forgal Kernsson.

Spoiler alert: The following text contains spoilers relating to the personal story and The Icebrood Saga.
Section-stub. This key section of the article is incomplete. You can help the Guild Wars 2 Wiki by expanding it.
Reason: Flesh out more possibly? Missing PS involvement+ The Icebrood Saga info 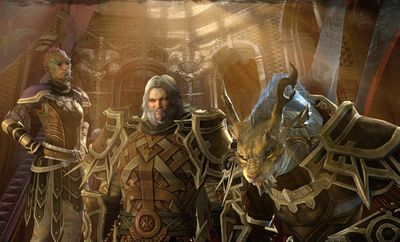 Welcome to the Vigil.

In 1320 AE, Legionnaire Almorra Soulkeeper of the Blood Legion and her Soul warband were on patrol in the Lowland Burns when the Elder Crystal Dragon Kralkatorrik stirred. Flying overhead, Kralkatorrik Branded all the members of the Soul warband with the exception of Almorra. Suddenly under attack by creatures who were once her friends, Almorra was forced to kill the rest of her warband in an event known as Almorra's Massacre. Almorra fell into depression with her warband's death and she became a gladium, refusing anyone attempting to aid her. Eventually, Laranthir of the Wild managed to become her friend and convince her to turn her quest for vengeance into a worldwide campaign against all the Elder Dragons. Almorra found other people who had been destroyed by the dragons, and founded the Vigil.

The Vigil is known to have a base in Lion's Arch along with having its main base at the Vigil Keep, located in the Gendarran Fields. In 1324 AE, the Vigil acted as go-between to negotiate the ceasefire and eventual Ebonhawke Treaty between the charr and the humans to allow them to turn their armies against the Elder Dragons.[1]

The Vigil has several levels in its organization.

Enlisted: The rank and file of the Vigil. Specialized soldiers also fall under this rank. Ex. Engineers, Mechanics, Medics.

Minor Officers: Strategists, and leaders of the Vigil.