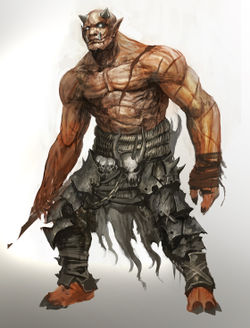 Ogres are one of the most ancient races on Tyria. Despite this, not much is known about them other than their dedication to their pets.

Ogres are large humanoid individuals. They typically lack hair and are all fairly masculine compared to other races. The main differences between male and female are that males have a spiked spine that protrudes through their skin, and have larger horns than females as well as rougher faces. Females' forehead horns are typically only bumps, though some do have larger horns.

Ogres as a race are long-lived beings; it is not unheard of for members of the race to be old enough to have witnessed the Searing first-hand. They are somehow interlinked with the jotun.

The ogres of the Crystal Desert have a different appearance to their northern counterparts, with more gray skin, larger horns and a more hunched stature.

Ogre society is constructed about their pets. The ogres view their pets as life partners, and the more impressive a pet is, the more respect its tamer will get from the rest of the tribe. The approach taming is typically to dominate the pet, to ensure that it knows who is in charge. Although proper taming can take months, or even years, in a pinch it is possible to simply overpower the beast.

Once an animal has been tamed, it is often used in combat or as a beast of burden. Their relationship with nature has been compared to that of the norn with the Spirits of the Wild, but a lot less reverent and a lot more work-oriented—the ogres are pragmatic, if nothing else. Despite this, the ogres are deeply affectionate toward their animal companions, and an animal, once tamed, can be sure that it will have its needs met for the rest of its life.

Ogres are not spiritual in any fashion; they have no concept of gods or religious spirits, they do not worship anything or anyone, they do not have religious traditions, superstitions, or any other fantastic explanation about how the world works or how life was created. They simply do not care. Ogres care only for the here-and-now, the concrete reality of the moment, and have no spiritual belief system to address anything beyond that point.[1]

Ogre society is decentralised and tribal. Each village, known as a kraal, is independent from the others. Conflict between multiple kraals is not uncommon. Although ogres tend to be individualistic, they still have leaders, who are chosen on a meritocratic basis. The criteria for selection can include smartest, strongest, best beastmaster, or just the best leader. Ogres follow a strict command hierarchy, and the orders of a chieftain are always followed without question, even if that leader is untested or weak (followed, that is, until the leader is replaced).

Nothing is known of ogre history before they came down from the Blazeridge Mountains, only that they are extremely old—old enough to make even the venerable norn look as young as a sylvari sapling by comparison. They began their push west back when Ascalon was still controlled by the humans, and continued when it came under charr control, but were held back in both cases. When Kralkatorrik awoke and created the Dragonbrand, the ogres were able to progress once more, but have not yet been able to get any further than the Brand.

After being helped by the Orders of Tyria, a group of ogres under the leadership of Chieftain Lagula officially joined the Pact and contributed to the defeat of Zhaitan. They were later part of the airship fleet that flew into the Heart of Maguuma. When they were shot down by Mordremoth's vines, they landed deep within the jungle in an area called the Tangled Depths. Unfazed, they quickly set about building a kraal in the strange new lands they had never seen before, where they first made contact with the chak. They attempted to tame them in order to use as weapons against Mordremoth and his Mordrem minions. 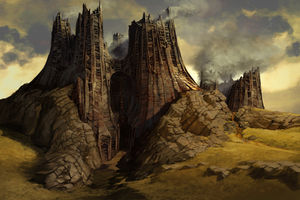 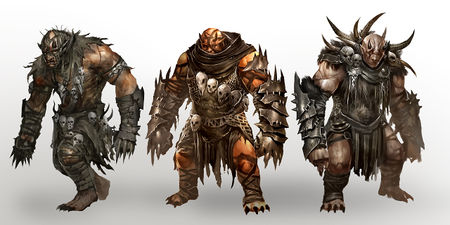 Disengage
Run for now, I will find you."

Death
Who will take care of...