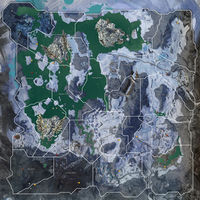 The awakening of Jormag flooded much of the north, and now new races are fleeing into this land ahead of the Elder Ice Dragon's terrible minions.

Frostgorge Sound is a high level zone found in northern most reaches of the Shiverpeak Mountains. Its most defining feature is the sound caused by the rise of the Elder Dragon Jormag. Three kodan sanctuaries can be found here, including the Honor of the Waves which has been attacked and brought down by a joint Icebrood-Sons of Svanir attack. 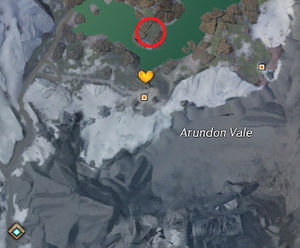