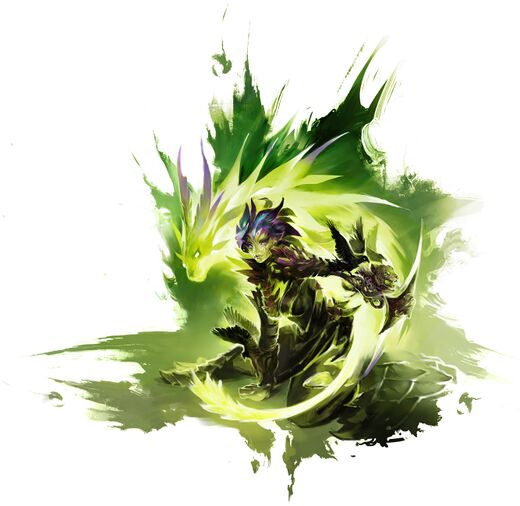 The bond between a soulbeast and their pet is so strong that they can become one in spirit. By channeling their pet, they become a single entity, attacking with fanglike dagger strikes and using the abilities of their companion and its archetype..

Soulbeast is an elite specialization for the ranger focusing on stance skills. It enables rangers to merge with their pets through beastmode and wield a dagger in the main hand.

Each pet is categorized by family, defining the F1 and F2 Skills while in Beastmode.

Soulbeasts categorize pets by archetypes. The pet archetype defines the bonuses a Soulbeast will get when using Beast Mode, as well as the Soulbeast Beast skill, which defaults to F3.