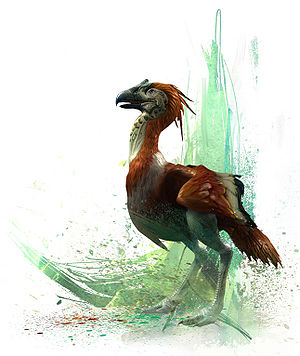 Moas are a type of large flightless bird found throughout Tyria. They can be seen in a variety of colors and can be found either roaming around alone, in dispersed groups or tight flocks.

Moas can be domesticated and raised as livestock, as seen on human and norn ranches and are sometimes used as battle pets by ogres and sylvari.