The Firthside Vigil is a Vigil camp used to bring help to the skritts of Challdar Gorges and the dredges of Mole's Head. 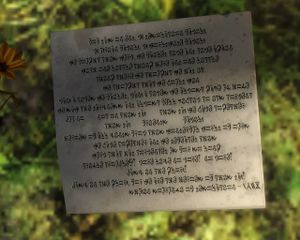 This is a modified transcription of the speech that can be heard in this YouTube video of the fight. Some minor changes to the original speech have been made in order to remove game references, such as the word "players" being replaced with "heroes".