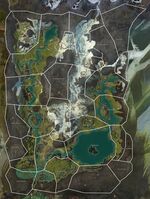 Timberline Falls is a rugged upland dominated by two great river systems. It is on the frontiers of Tyrian civilization, and is the home of lone freeholds, adventurer camps, and a myriad of races, including hylek, dredge, and quaggan.

Timberline Falls is a zone in the Steamspur Mountains. The hylek, quaggan and krait can be found around Nonmoa Lake in the southeast. Dredge and grawl can be found in open conflict northeast. Risen from Orr invade from the southwest and are held back by the Vigil.

Pinenuts in Bulk from Scholar Tholin

Shallots in Bulk from Ichtaca 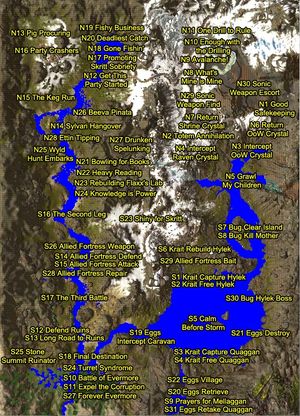