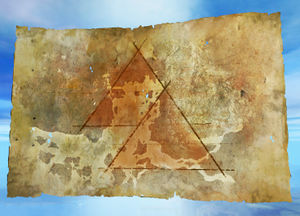 Vistas are now shown on your map. Find them to see beautiful locations in a panoramic view.

A vista is an interactive object located in the world which triggers an associated cinematic. It appears as a column of light with a scroll floating near the ground. Interacting with the object will cause the camera to pan across nearby scenery. Vistas are intended to showcase locations and their environment art. Vistas are often located in out of the way locations that may require some thoughtful navigation to get to.

Each zone has a set number of vistas; interacting with them will contribute to both area-wide and total completion counts as shown on the player map.