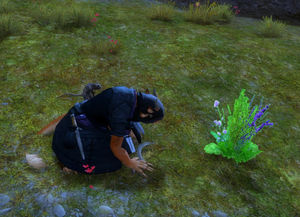 Ore Synthesizers in Windswept Haven and Isle of Reflection drop