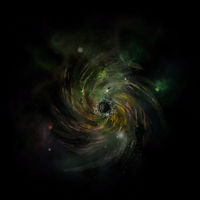 The clock tower! Good choice. You must be quick on your feet and able to jump. If you reach the top, you'll be rewarded.

Mad King's Clock Tower is a jumping puzzle of the area of the same name and resides in the Mad King's Realm. It was initially made available during Shadow of the Mad King 2012, and has been reopened for consecutive Halloweens.

Enter through any Haunted Door with a pumpkin icon. Talk to the Lunatic Boatmaster and select to go to the clock tower. There you will arrive at the Mad King's Tower Dock. This serves as a hub for groups waiting to start the jumping puzzle. The dock will teleport the player to the start of the puzzle and start a timer.

The chests along the path can be opened every third round (additionally resets in a new instance). 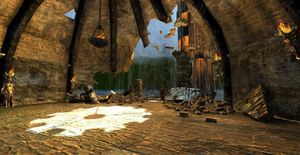 Bugs:
Anomaly:
On the Scoreboard players' names are aligned on the left side as if they are on the same team. 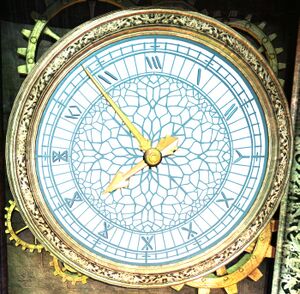 The clock face of the tower resembles those of the Elizabeth Tower.