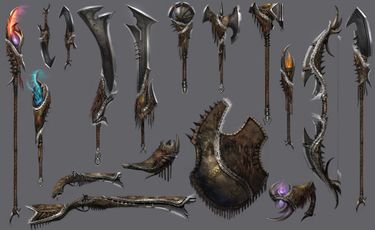 This article is a personal list of weapon sets, collections of weapons that share visual characteristics and name patterns, by Lon-ami.

The list does not include standalone weapons since they are not considered part of any weapon set.

Karma weapons are available through karma vendors. Some of these weapon sets are racially-themed, making them be considered as cultural for the playable races. All karma weapons are soulbound on acquire. 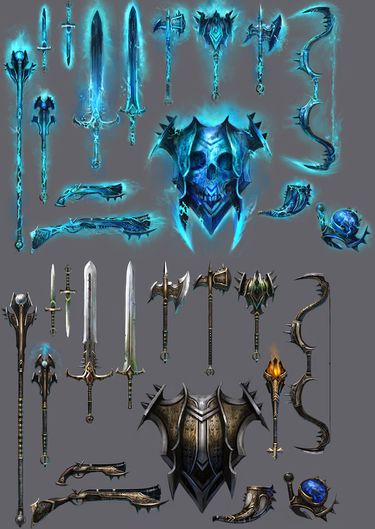 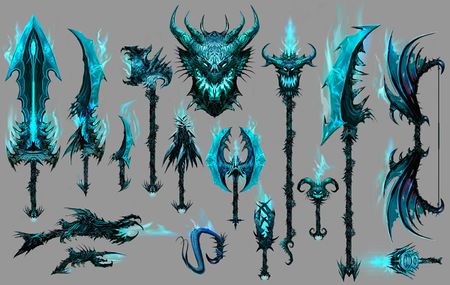 Weapons of the Dragon's Deep, The Ruined City of Arah.

Crafted weapons are available through the weapon-crafting disciplines: Artificer, Huntsman and Weaponsmith, as well as from the Mystic Forge. All recipes require one of each of the two base crafting components (corresponding to the discipline level), together with some special crafting materials.

The recipes for the Imbued Inscriptions used in the discovery rare and exotic crafted weapons aren't available through leveling or discovery, and must be purchased from the master craftmen next to the crafting stations.

Loot weapons are available as loot drops from monsters or containers. 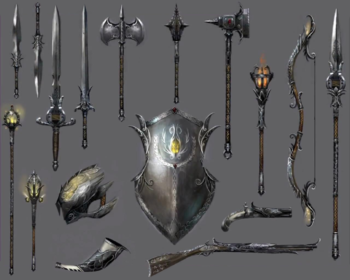 Black Lion Claim Tickets, which can be obtained from:

All Black Lion weapons are soulbound on use.