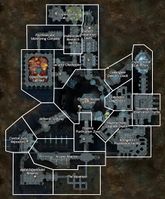 Map of Crucible of Eternity

The Crucible of Eternity (abbreviated CoE) is the central area of an Inquest research facility, the Infinite Coil Reactor. It was made after the Thaumanova Reactor exploded from the Inquest's experiments on chaos magic. The Crucible of Eternity is used primarily, though not solely, to study the draconic energies of the Elder Dragons.

Completing this dungeon or its reward track awards Tales of Dungeon Delving which can be used to purchase the dungeon's armor and weapons from any Dungeon Merchant. 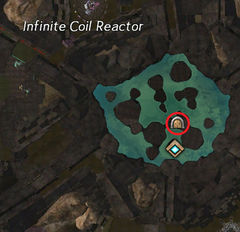 Location of the Crucible of Eternity entrance.

The dungeon can be found in the northeastern corner of Mount Maelstrom. To enter the dungeon, the Pact forces must be holding the Infinite Coil Reactor or the meta event Toil for the Coil must be successfully completed in order to access the dungeon if it is not in the Pact's hands.