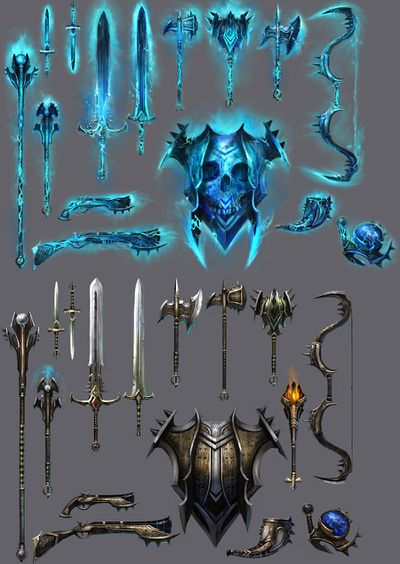 Each weapon comes in three varieties, with three attributes each.

Each comes with an inherent Major Sigil of Ghost Slaying (+5% Damage to Ghosts).