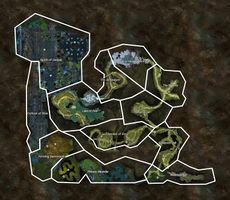 The Nightmare Court are holding sylvari prisoner in the Twilight Arbor dungeon. Free the prisoners before it's too late! Check your mail for more information.

Twilight Arbor (abbreviated TA) is one of the primary bases of the Nightmare Court, residing within Caledon Forest, and home of Grand Duchess Faolain. Scarlet Briar and her Aetherblades are rumored to be here as well.

Completing this dungeon or its reward track awards Tales of Dungeon Delving which can be used to purchase the dungeon's armor and weapons from any Dungeon Merchant. In addition, Aetherized Nightmare weapons are a rare drop from the Aetherpath. 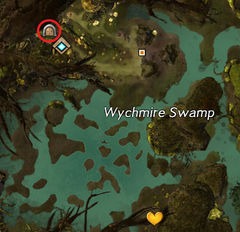 Location of the Twilight Arbor entrance.