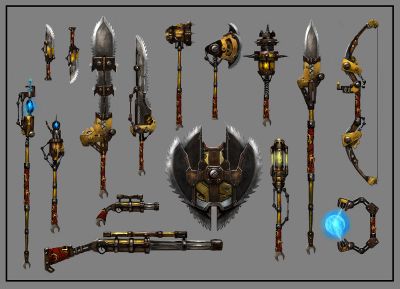 Steam weapons are a weapon set distinctive to the Ascalon region.