Defeat the invading Awakened is a group event that occurs every hour at xx:30 in one of seven predefined zones across Tyria.

The zone for the event is determined by a rotating weekly schedule. Each map will be invaded about ~3.5 times a day.

The below table shows the schedule for the current week, following the same logic as the Phasic Distortion Reader:

Please note the times in the below table are in Server Time (UTC), which does not necessarily match your own timezone.

Awakened remnants have appeared in the area!

The Awakened remnants press their attack.

The Awakened remnants swarm the area!

Joko will not tolerate failure! Awakened forces press their attack.

The Scourge of Vabbi allows no defeat! Awakened forces redouble their efforts.

These are the expected rewards for a level 15 player. Higher level players receive dynamically adjusted rewards.

These are the expected rewards for a level 30 player. Higher level players receive dynamically adjusted rewards.

Joko's invasion consists of three phases. Each phase consists of an increasing number of invasion events. The events are marked with a swarm of red sword icons and a red boss icon once the champion appears. Check the world map or mini map for locations.

During each invasion event, there will be two to three waves of between four and seven veteran Awakened. After they are defeated, the champion will spawn (the champions are random). While the champion lives, a group of veteran awakened will spawn to replace those that are completely destroyed. Defeating the champion scores a success for the event, although any surviving veterans will still need to be dealt with. If all invasion events succeed, the invasion will proceed to the next phase. Defeating all three phases will send Joko packing and award bonuses (Portal Breaker and credit for Zone Defense, see below). If any event fails (by not killing the champion before time elapses), then Joko claims victory and no more invasion events will spawn.

Each event will include a small squad of allied NPCs. During the final phase, one squad will be upgraded to include unique NPCs. Allies will despawn when an event succeeds except during the final phase, where they'll hang around to chat for a while. They can also be interacted with between waves of veterans. The upgraded NPC squad will always face a Champion Mordant Crescent Hierarch.

Other events in the area will continue to operate as normal, which may confuse allied NPCs.

Caledon Forest
Ridhais: The Awakened press the attack, but we will not falter. For the Pale Tree!

For the Pale Tree!

Veteran Warden Captain: Weapons at the ready! I don't think these Awakened are finished yet.

Gendarran Fields
Captain Magnus the Bloody-Handed: Joko's lot are on their way. We'll give them an old-fashioned Lion's Arch greeting.

Let's hope they appreciate the hospitality.

Lionguard: Look alive, squad! The Awakened are still on the attack, but we'll make them regret it!

I'll beat them as many times as it takes.

I'm always ready for a fight.

Plains of Ashford
Ballista Geargrind: Dig in, soldiers, we've got Awakened on the way. Show them what it means to fight the Iron Legion!

Blood Legion Soldier/Iron Legion Maskman: Mission's not over yet, soldiers. Clear the area and get ready for potential enemy reinforcements.

I won't let my guard down.

I bet I can drop more than you.

Section-stub. This key section of the article is incomplete. You can help the Guild Wars 2 Wiki by expanding it.
Reason: Missing Skarti dialogue

Sigfast: Our prey's closing in—get ready to spring the trap.

The Awakened won't know what hit them.

Wolfborn: Raise your swords, Wolfborn! The undead will return, and they'll be crushed between Wolf's fangs!

Section-stub. This key section of the article is incomplete. You can help the Guild Wars 2 Wiki by expanding it.
Reason: Should verify if those who met Gear warband, Sigfast, or Skarti get different dialogue or not

Will everyone be all right if the Awakened attack the Grove directly?

We've faced attacks before. "Hard ground makes stronger roots." The undead may be surprised to find how strong we've become.

Palawa Joko won't succeed where the dragons have failed.

Thanks for lending a hand.

Veteran Warden Captain: It looks like that's the last of them. These monsters may be stronger than the Risen, but our tactics seem equally effective.

The human lich, Palawa Joko, is sending attacks across the continent over some dispute in Elona. If he wants to involve us in his politics, he'll find it to be a mistake.

I see. I'll help defend if I see more attacks.

You've done a great service to the Pale Mother today. Thank you. (if sylvari)

Be prepared for anything. This won't be the last attack. (otherwise)

Gendarran Fields
Captain Magnus the Bloody-Handed: Hah, that sent them packing! Try it again, and you'll see that the defenses of Lion's Arch aren't ornamental!

Is Lion's Arch prepared for a full invasion?

Aye. These skirmishes are just feints. If Joko tries opening portals in the city again, you'll think it's a new festival from all the fireworks.

I still hope it doesn't come to that.

No matter how many times they attempt it, we'll put them back in the dirt.

Lionguard: Yeah, run home! That's what you get for messing with Lion's Arch.

There's been unrest in Elona, and it's starting to hit our side of the waters. Word is Palawa Joko's looking to spread his rule.

I'll put a stop to that wherever I see his minions.

Shore up the defenses—they may try again.

Metrica Province
Veteran Peacemaker Officer: All targets have been routed! Time to get these golems back to the repair bays.

The Elonian warlord Palawa Joko is using portal tech to execute guerilla attacks on Tyria. The Arcane Council is debating our response severity index. Until their results are out, we hold the line.

I'll help out were I can.

Be sure to double-check the holo-actuators—tar can destabilize them. (if asura)

Make sure you're ready for the next battle. (otherwise)

Peacemaker Ninn: Golem sensors are showing no targets. Thanks for your help, <Character profession> <Character name>.

Is there anything else I can do?

(Before making the Phasic Distortion Reader)
As it happens, I am working on a device to track these portals and could use assistance. I'll send you the details by courier once I've finalized the design.

Got it. I'll wait for your message.
(After making the Phasic Distortion Reader)
I of course recommend a longer-term solution to the Awakened problem. As they say in Statics, an unpowered system has no malfunctions.

Don't worry, I'll stop this at the source soon.

Are those older golems?

These models were built to fight the destroyers when they first surfaced. Handling any quantity of undead is well within their specs.

These must have a lot of history on the battlefield.

Section-stub. This key section of the article is incomplete. You can help the Guild Wars 2 Wiki by expanding it.
Reason: Check if there have been changes to Ballista and Mangonel's dialogue for charr and other races, and if the Blood/Iron Legion NPC dialogue changes if player has or has not completed S4 Episode 2.

Ballista Geargrind: Area's all clear! Gather up the gear and get ready for redeployment.

Is the Black Citadel ready if the Awakened attack there?

Heh, it'd be a sight to see them try. Smodur's keeping the legions close for now to see what happens next, but a real attack? You'll see what a charr war looks like.

I'm going to keep things from going that far.

Mangonel Gearstrip: Haha! You might have cheated death, but you can't cheat a rifle slug. That's what you get for going up against Iron.

They bit off more than they could chew this time.

Blood Legion Soldier/Iron Legion Marksman: All clear. Joko may have the jump on us in force deployment, but his squad tactics are as ancient as his ugly mug.

A lich from the Crystal Desert thinks he can mess with our territory. He won't be the first human king the Legions have beaten down.

I'll help out where I can.

He'll regret making an enemy of the Legions. (if charr)

With your squad defending it, this area has little to fear. (otherwise)

Blood Legion Soldier/Iron Legion Marksman: All clear. These Awakened aren't a bad change of pace from the usual ghosts, and they're just as weak to charr steel.

The coordinated Awakened attacks have stopped, but these stragglers pop through sometimes. Their mistake.

I'll help out where I can.

With your squad defending it, this area has little to fear.

Queensdale
Exemplar Kerida: Good day, Commander. I was out for a stroll and just happened upon this pitched battle. I've heard Joko holds grudges a long time—perhaps you two should discuss this in person? (if completed One Path Ends)
Exemplar Kerida: Such slipshod creations. For a centuries-old sorceror, Palawa Joko hasn't learned many new tricks. (otherwise)

Is Divinity's Reach secured from attack?

The Shining Blade is prepared for many scenarios, especially attacks from within. But these attacks are simple displays of power to provoke fear.

You're one to talk about old grudges. (if completed One Path Ends)

Age hasn't granted him wisdom. It's time he learned the value of peace. (otherwise)

Shining Blade/Veteran Seraph Captain/Seraph Soldier: Kryta has endured worse than Palawa Joko and come out stronger. We'll hold the line here as long as it takes.

One of humanity's many enemies, the undead lich Palawa Joko of Elona is sending his minions to attack Tyria. Just another day on the patrol lines.

Understood. I'll lend a hand where I can.

You do your country proud, soldier. (if human)

Section-stub. This key section of the article is incomplete. You can help the Guild Wars 2 Wiki by expanding it.
Reason: Check if there have been changes to Skarti and Sigfast's dialogue for norn and other races, and if the Wolfborn dialogue was changed to reflect the events of Season 4 Episode 2.

Sigfast: Well, that was much more entertaining than sobering up rowdy drunks. What do you say we go on the hunt?

We can't track them down yet. But the time's coming.

Skarti: Hardly worth leaving Hoelbrak for. But as Wolf teaches, we must demonstrate our strength from time to time.

Is Hoelbrak ready if the portals open there?

Ready? There are fighters roaming the streets yelling insults at Joko even now, hoping for a good fight. We'll be fortunate if the Awakened do attack again before they get bored and cause trouble.

Almost makes you feel sorry for the Awakened.

Wolfborn: That was a good brawl. Perhaps Joko will learn his lesson and keep to his own lands, but I expect he will need to be shown our might again!

Haven't you heard? The "Scourge of Vabbi" wants to pick a fight, and he's tossing undead up and down the continent. Times like these create legends, friend!

It sounds like he's bitten off more than he can chew.

Undoubtedly, you will be sung of in legend as a defender of our lands! (if norn)

We'll strike them down as many times as it takes for the lesson to stick. (otherwise)

Wolfborn: That was a good brawl. I could take a liking to these Awakened—their feeble attacks make for entertaining sparring!

I heard these undead's headquarters were put to the sword, but they still drag themselves to our door now and then. Tenacious, but foolish.

We'll strike them down as many times as it takes for the lesson to stick. 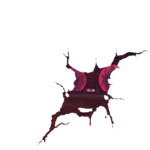 Example view of Rata Primus as seen through a rift