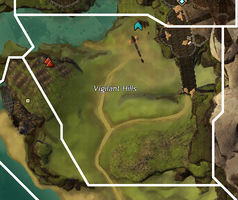 Cenedra: Sir, we're having difficulty getting enough supply donations for the support drive.
Warmaster Grayson: Then try harder. Send messages as far as Rata Sum if you have to.
Warmaster Grayson: These people are losing their homes and their lands. They need food and medical supplies. We can't fail them.
Cenedra: Yes, sir!