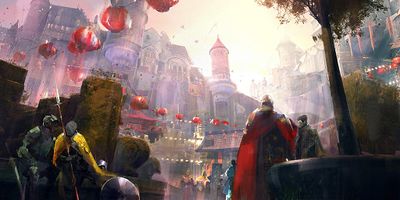 Lunar New Year 2019 was an event celebrating the new Year of the Boar, that took place in the Crown Pavilion in Divinity's Reach. It was released with the January 22, 2019 update and ended on February 12.[1] This year, Celestial Dragons had been added to Lion's Arch and each race's capital city: Black Citadel, Hoelbrak, Rata Sum, and The Grove for easier access. 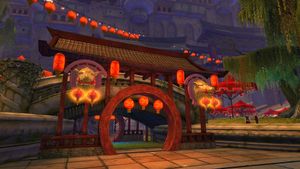 The Year of the Boar.