For April Fools' Day 2018, Anet released an April Fools Patch with humorous "fixes" such as adding a "Clear Browser History" mode to the trading post, and locking Revenant abilities to only be usable in the Mists. 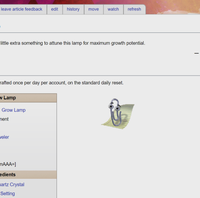 Our new wiki assistant, Clip-o-tron, the Continuously Learning Integrated Platform Processing Yielder, is now available on the wiki to improve your experience, and will give you useful suggestions and helpful advice as you browse and contribute!

The wiki added Clip-o-tron, the Continuously Learning Integrated Platform Processing Yielder, a modified version of the Microsoft Office Assistant Clippy with custom Guild Wars 2 related messages. Clip-o-tron would be displayed at the bottom right of the browser and randomly play one of its many animations or display one of 17 different messages.

Since many animations include sounds, this did cause a lot of confusion for users that did not realize that Clip-o-tron was there, especially when a browser tab was still open in the background.

You can relive the experience on this memorial page.

C.L.I.P.P.Y. randomly said one of the following lines every once in a while: 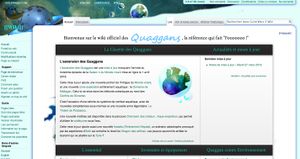