Canach's Lair is a special event dungeon and part of the Last Stand at Southsun release. The dungeon has a solo story mode similar to a personal story mission. Completing the story mode gives access to the group explorable mode. Both dungeons are special event instances rather than actual dungeons. 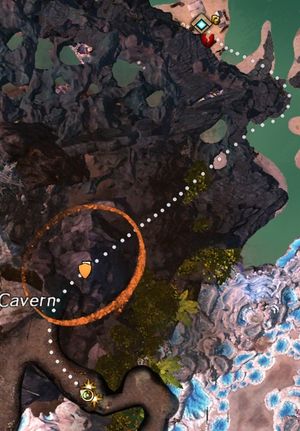 The dungeon can be found by heading south from Lion Point Waypoint and towards Bakestone Cavern.