This article is a personal Guild Wars 2 trait system revamp theorycrafting by Lon-ami, with focus on improving the April 2014 Feature Pack changes to the trait system. 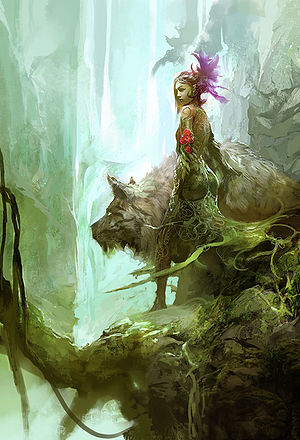 Feeling epic is a trait on its own.

In the original trait system, characters unlocked traits by buying one of three trait guides that unlocked every trait on a tier. The April 2014 Feature Pack changed the trait system so that each trait was individually unlocked, either by buying a trait guide or completing a specific piece of game content.

The idea was great, and the community was very positive towards it. Traits were given a new depth, and now you needed to explore the world to unlock each one. However, the implementation, together with changes to the required level to unlock each trait tier, weren't received as well. Instead of adding a new layer of fun, challenge and progression, the new trait system felt like a checklist of long and boring activities, an unnecessary ordeal that limited build variety and eventually forced you to buy them instead of playing the game, just to avoid the hassle.

First of all, I think the goal of the new trait system should be to encourage players to play the game, to go out and explore specific pieces of open world content, all while their characters progress normally, without being forced to change their course. For this reason, I'll remove all of these activities from my revamped system:

This leaves us with dynamic events, precisely one of the core aspects of the game which, excluding some world bosses, don't have any special rewards. Dynamic events have the exploration and open world content factor I've talked about before, so they're the perfect driving force for the trait system. Additionally, new players don't pay too much attention to them, believing Renown Hearts are more important, so focusing on them for the trait system would reinforce their importance before the players. I'll focus on group-oriented events, long event-chains and fixed-timer events, because I think they have friendly respawn timers, are found easily, and promote teaming up with other players.

Second, vendor trait guide prices don't feel quite right. The profession trainers ask for way too many skill points, while they don't ask for too much gold. I've roughly halved the required skill points, and doubled the gold costs. I've also changed the World vs World profession trainer so that it asks for Badges of Honor instead of gold, to give WvW players an additional acquisition method.

Last but not least, I'm going to change the required level to unlock each trait tier. I know traits might be confusing for new players at first, but I think it's a good way to add early character customization for those looking for it from the first minute. The players who aren't that interested on them might get curious about the system once they start unlocking traits, so the earlier the better. Nonetheless, those who ignore the trait system won't see their experience affected so much from what it comes of ignoring them nowadays, or what it came of ignoring them in the past. With the change, the required levels are back to the numbers before the April 2014 Feature Pack. 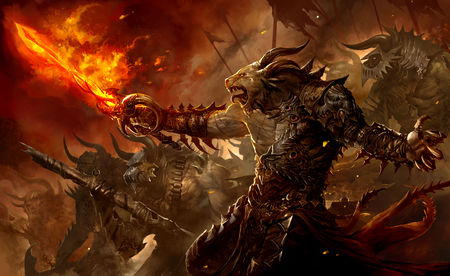 Every profession has five trait lines, each of which is linked to one primary and one secondary attribute. Within a trait line, traits are grouped into 3 tiers: Adept, Master, and Grandmaster, unlocked at levels 10, 35, and 60. These tiers unlock sequentially as a character progresses and determine how many trait points can be spent in any trait line.

Characters acquire their first 2 trait points at level 10, and earn 1 additional point every 5 levels up to level 80, for a total of 14 trait points. Levels 35 and 60 are the exception to this rule, and give no points to emphasize the new unlocked tiers.

Each trait tier has one minor trait, which is fixed and automatically unlocked, and one major trait, which you can customize with traits of the corresponding or lower tiers.

Major traits need to be unlocked, either by buying trait guides from a profession trainer or completing specific content.

Trait guides can be purchased from profession trainers. Each trainer offers 65 different trait guides, one for every major trait for that profession.

As an alternative to buying trait guides from profession trainers, traits can be unlocked through completing various dynamic events. These unlock methods are consistent across professions based on the position of the trait line and number in the trait interface.

Distribution of trait acquisition by zone[edit]