Boost and blast your way through the checkpoints and across the finish line! — Adventure objective

Boost and blast your way through the checkpoints and across the finish line!

Drone Race is an adventure in SCAR Bivouac in which the player is transformed into a charr drone car and must speed to the end of a course, boosting over ramps and avoiding obstacles while hitting various checkpoints.

SCAR Camp Waypoint — . The adventure starts near the Vine Wall point of interest.

You can only access this adventure after Outpost: SCAR Bivouac has succeeded. If you are in or manage to enter the space (via mounts or other means) where the race is held while it is closed, you will be teleported out.

The goal is to pass through the checkpoints to the end. Touching poisonous thorn bushes will cause instant death and thus must be avoided unless you have Itzel Poison Lore which gives you immunity to them. It's recommended to use Burning Barrel Roll on long straightaways with no deadly obstacles, as it covers the most ground in the least amount of time. Use Boost when you can to further keep speed up. You are able to jump while racing in the drone, and multiple locations require jumping to bypass poisonous bushes.

The adventure will end when either the timer is up or the player reaches the end. 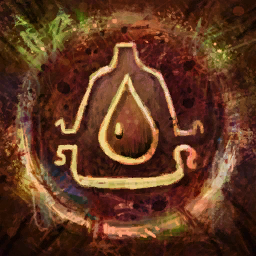 When Drone Race is closed
Suspicious Crate: We can't send any cars out on patrol right now. It's too dangerous up there!

When can we start that mission?

The area above needs to be cleared of Mordrem before our drones can scout the ridge. Help our troops blow up the Mordrem, and we can start scouting.