The Time Trial: Grothmar Crater Circuit is an adventure in Kralkatorrik's Emergence Zone in which players need to move through all the rings as fast as possible. It is intended to be performed on a skimmer mount.

Wardowns Waypoint — , head to Blood Stand Stage and then drop in the watery basin. The Time Trial NPC is by the water's edge. 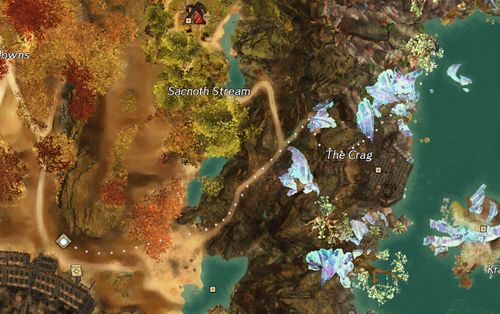 This race requires the player to be mounted on a skimmer only, Geyser Charge special action skill is available which will boost your skimmer forwards at a higher speed.

Not doing well in the race? You can practice the course whenever you'd like. Want to give it a go?