Run southwest from the 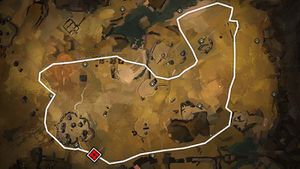 One possible consistent sequence to attain gold on this race is the following:

Time Trial: You can practice the course while the race is being set up. Ready to set a new lap record?