Guild Wars 2: Path of Fire—Road to the Desert

Guild Wars 2: Path of Fire—Road to the Desert is a tale by Scott McGough.

Guild Wars 2: Path of Fire™ returns players to the Elonian desert region, the setting for the Guild Wars: Nightfall® campaign. An ancient land of magic and majesty, the desert is where giant sand wurms roamed and humans once strived for the right to commune directly with their gods.

But things have changed in the past 250 years, and the region once associated with the Land of the Golden Sun has grown much, much darker. The Elonian Desert is currently ruled by a tyrannical undead lich named Palawa Joko and beset by both the Elder Dragon Kralkatorrik and the rogue god Balthazar. The growing threat of a clash between god and Elder Dragon doesn’t just threaten the desert, its people, and the rich cultural tapestry they’ve woven—it threatens the magical balance that holds Tyria itself together.

In its thousand-year-plus history, the Elonian Desert has been the site of some literally world-shaping events. As Guild Wars 2 returns to the desert, it’s important to remember how vital the desert region is, how glorious and terrible its history, and how it factors into the ebb, flow, and evolution of magic.

786 BE: The Gods Arrive, and They Brought Friends

The Six Gods first appear in Cantha, bringing humanity with them. Like gardeners starting a new patch, they transplant human beings to this lush new world, working the soil and tending their seedbeds to ensure the new crop will take root, spread, and thrive. 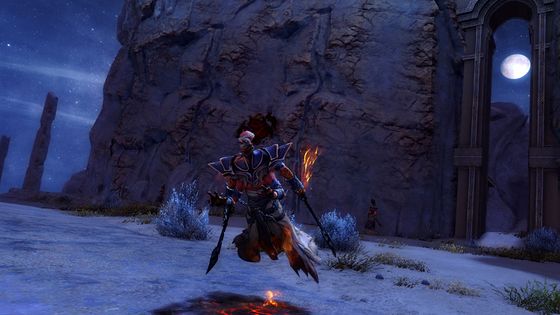 After centuries spent settling Cantha, and then Orr, humanity expands into Elona. Despite the desert’s harsh climate and a host of both magical and natural dangers, humans establish a foothold in this magically robust environment that will become one of the most durable societies in history.

The royal line of Primeval Kings begins its 650-year reign over the desert region. During that reign, one of their best and brightest, Queen Nadijeh, founds the Order of the Sunspears—a heroic militia that uses magical and military might to protect the innocent and oppose any who would harm the new nation. Over the coming centuries, the Sunspears will selflessly serve their rulers and the people, and they will come to command almost religious awe and respect from the people of the desert.

Year 0 BE: The New Age Begins With a Bang

Abaddon declares war against his fellow gods over the issue of humanity’s magic use. The other five gods band together to defeat him and imprison him in the Realm of Torment, but their victory is a costly one: the fury of this divine clash obliterates the Crystal Sea, transforming it into the wasteland known today as the Crystal Desert. Once Abaddon is imprisoned, the Forgotten—a mysterious race of advanced snakefolk who have allied with the gods—serve as Abaddon’s jailers to prevent him from doing any more damage.

The scarab plague—a terrifying disease that horrifically kills its victims—spreads across the region. The Primeval monarchs at this time—twin sisters Nahlah and Dahlah—are woefully unprepared for the pandemic and fail to stop it from devastating their kingdom. Though the plague subsides in 456 AE, the suffering it causes ends the Primeval Dynasty, kicking off nearly 200 years of civil war, pretender kings, and lawlessness.

After enduring two centuries of lesser kings and brutal warlords, the independent states of Kourna, Istan, and Vabbi join forces to form a new nation: Elona, named for the great Elon River that flows through their shared kingdom. This alliance stabilizes the region politically and martially, allowing Elona to heal and finally begin to restore and reclaim its former glory.

Undead lich Palawa Joko emerges, intent on ruling Elona through magic, fear, and an army of mummies. He builds his Bone Palace, from which he will launch attacks against his neighbors as he conducts his war of conquest. By 860 AE, Joko has taken control of Vabbi, earning him the nickname “Scourge of Vabbi.”

Elona joins together to resist Joko’s advance. The war culminates in the Battle of Jahai, where Joko and the Elonian hero Turai Ossa square off in single combat, with the combined forces of both sides bearing witness. Ossa prevails, but Joko is not so easily dispatched—how do you kill a threat that is already dead? Ossa’s answer: bury it under a rock so big it’ll never dig its way out. 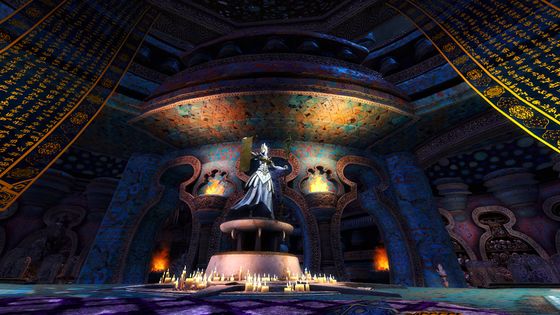 The events of Guild Wars: Nightfall take place. After centuries of preparation and manipulation from within his hellish prison, Abaddon makes his move, determined to break out and establish dominion over humanity and the world it inhabits. To stop Abaddon, players are forced into a devil’s bargain with Palawa Joko, the only one who knows how to safely traverse the most dangerous part of the Crystal Desert and take the fight to Abaddon. The cost of this information is Joko’s release from beneath his mountainous tomb.

After a titanic struggle, Abaddon is defeated and his power absorbed by Kormir, a Sunspear Spearmarshal. Kormir ascends to godhood and replaces Abaddon as one of the Six Gods, becoming the more benevolent Goddess of Truth.

1175 The Scourge Returns to Scourge Again

Free, and having had three centuries to reconsider his strategy, Joko begins a new campaign of conquest. He forgoes brute force in favor of diabolical subtlety, and he diverts the Elon River’s life-giving water away from Vabbi and the other Elonian states. Deprived of this essential resource, Vabbi soon has no choice but to surrender. Kourna and Istan follow suit, becoming vassal states in King Joko’s desert empire. Joko moves to consolidate his hold on the region and to root out his enemies without interference from the rest of the world by closing the region’s borders and turning his considerable influence and power inward, on his own subjects and his own territory. He kills or converts the Sunspears, along with anyone else who dares oppose his rule, until there is no one left with the strength to defy him. 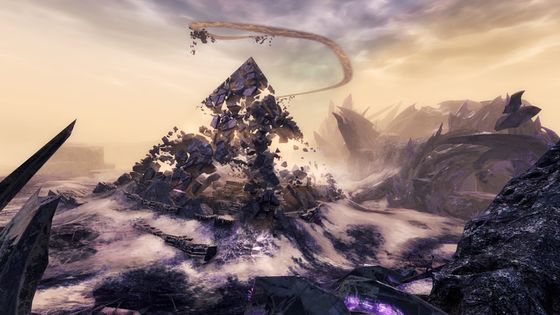 Kralkatorrik, the Crystal Elder Dragon, wakes from its slumber and heads directly for the desert region, leaving a corrupted swath of Branded landscape and creatures in its wake. Kralkatorrik is determined to kill its rebellious champion Glint, but when it reaches her it finds the guild of heroes known as Destiny's Edge waiting. Destiny’s Edge comes very close to stopping Kralkatorrik, but their effort ultimately fails. Kralkatorrik kills Glint, along with her Forgotten attendants, and Snaff, a founding member of Destiny’s Edge. This defeat leads the guild to disband, and Kralkatorrik goes unchallenged as it settles into the desert region and prepares to consume as much of the world’s magic as it can.

1328 AE: One Dragon’s Loss Is Another Dragon’s Gain

Heroes kill the Jungle Elder Dragon Mordremoth in the distant Maguuma Jungle. After absorbing a portion of the magic released by Mordremoth’s demise, Kralkatorrik rises from its lair in the Crystal Desert and heads south, toward the more populated areas of the Elonian region. 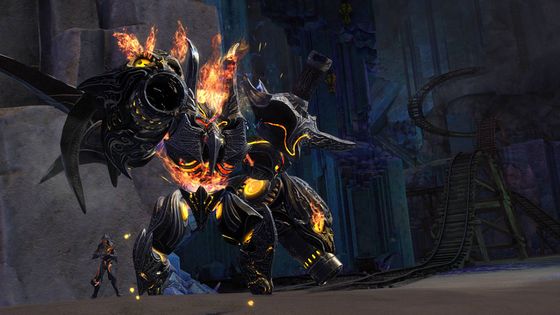 Balthazar, the god of fire and war, returns to Tyria to kill an Elder Dragon and claim its power, despite knowing that doing so will plunge the world’s magic into permanent chaos. He acquires enough power to accomplish this daunting task, but players thwart his attempts to destroy Primordus and Jormag. With only one viable target left, Balthazar sets his sights on Kralkatorrik in the desert.

Which brings us to the present day: Kralkatorrik is at the peak of its power, Balthazar is obsessed with claiming that power for himself, and they’re headed for a showdown in Joko’s desert kingdom. The potential clash between these three formidable forces threatens not only the Elonian Desert but the entire world.

Even with your help, can the desert region and its people survive? Or will over a thousand years of culture and history disappear like grains of sand in the wind? Only time, and Guild Wars 2: Path of Fire, will tell.