Rox's Tale is a short story by Angel McCoy. 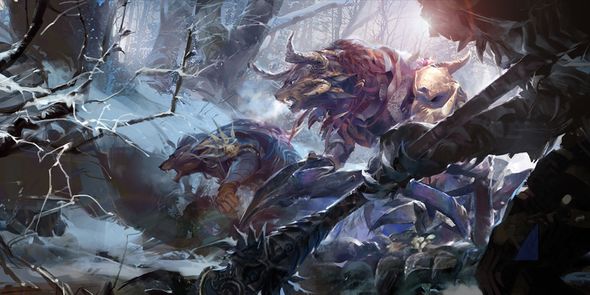 Rox heard the rumble at the same time the shockwave hit her spine and traveled up it to the nape of her neck. She stumbled and turned to see a gout of dust bursting from the mine entrance.

On the next beat, her heart stopped.

A memory flashed to the fore. The teasing in Tullia's voice echoed through Rox's mind.

"Nonus, you ninny! What are you talking about?" Tullia had cocked one hip and given Nonus a toss of her head. "You've never seen a norn naked."

"Everyone's seen a norn naked." With a throaty chuckle, Nonus had winked, first at Tullia, then at Rox. His pick came down with a sharp clang as if to punctuate the statement.

"What about humans?" Rufinus, their legionnaire, grunted as he hefted a bucket full of iron ore. "They'd rather die than be separated from their clothing."

"It's true," called Horatia from the other side of the tunnel. "I heard they even sleep in a different set from their day garb."

Nonus shook his heavy-horned head. "Nope. I've heard it's silk they sleep in."

"I suspect," said Vitus, "that it's their modesty that chafes. Kind of like yours, Rox. You ever take off that tattered old undershirt of yours?"

"Yeah," said Rufinus, cuffing Rox hard enough on the shoulder to make her take a step. "You been wearing that fahrar undershirt since we graduated."

"At least mine still fits," Rox replied, giving him an answering shove and a grin. 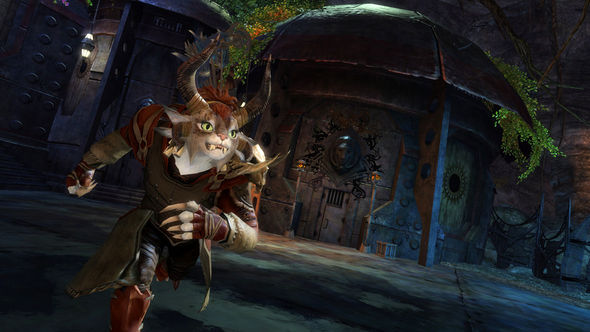 For a while, the warband continued its work, striking the rock and creating a cacophony in the mine, a musical chaos that was as familiar to Rox as her own heartbeat. She paused, leaning on her pick, and watched her warband—the Pick warband. Memories surfaced of the fun they'd had as cubs, studying together in the fahrar, such as when they'd finally been assigned their vocation and had chosen their warband's name.

Nonus had insisted that Tullia be Tullia Picknose, and Tullia had retorted that he should be Nonus Pickflea. Horatia had offered up Pickscab as an alternative. Not surprisingly, it had gone downhill from there and ended in enough giggles that it drew the attention of the barracks monitor.

Ultimately, they'd all chosen respectable names that expressed their personalities: Nonus got Pickaxe because he claimed it first, Tullia took Pickright, and Rufinus chose Pickiron. Vitus wanted Silverpick, because he always had to be different, and Rox was unanimously dubbed Pickheart for her ability to, as Tullia had said, "break through the armor surrounding anyone's heart."

"Rox!" Rufinus hit Rox with a pebble aimed at her head. "If you're going to daydream, at least go get us some water. The bucket's gone dry."

Rox grabbed the large wooden vessel used to pull water from the quarry's well and hefted the pick to her shoulder. Her paws kicked up minute dust clouds with each step, and she dug her claws in, walking slowly, relishing the sensation of cleaving the dirt with them.

Her pet devourer had half buried itself in a warm spot where sunshine streamed in through the mine entrance. It squirmed and looked up at her as she approached.

She stepped out into the open air and crossed the quarry to the well, scanning the tunnel openings where other mining warbands were stationed. Alert for raiders, she kept her pick at the ready, at her side, always at her side—always since forever.

Rox's heartbeat restarted and accelerated to a panicked pace.

She ran toward the mine and threw herself at the rubble, moving stones and swinging her pick, desperate to get through. Dust filled her nostrils and coated the inside of her mouth.

"Tullia!" she called. "Nonus!" Terror overcame all reason as a lonely future stretched menacingly ahead of her.

"Hang on!" she commanded them with her gruffest voice. "I'm coming!" She could not accept what was happening. Would not.

She called their names over and over, listening in the space between for any response, for any sign of life. "Horatia! Vitus! Rufinus, make some noise if you can hear me!" She worked until her paws bled—until the quarry boss finally pulled her away. "No!"

"The tunnel, the whole thing, is collapsed," said the boss as gently as he could. "They're gone."

"No, they're my warband. I need them. I'm nobody without them. I'm...nothing." All the fight went out of Rox on that final word.

The boss eased the pick from Rox's grasp and tossed it aside so he could support her as she collapsed. Its iron head landed upon a rock, pealing with one final sonorous ring that echoed off the walls of the quarry in harmony with Rox's wail of anguish.