Shadowbox is a tale written by John Ryan.

The energy beams over the door solidified, separating Moto from his lab once and for all. He stood in the streets of Rata Sum in the driving rain. The container holding his meager belongings sagged from the downpour. All he had left after two years of collaboration was reduced to his box of possessions. He felt himself shrink and fade in the rain, as if he would slide into a storm drain and vanish forever.

A patrolling Peacemaker Golem broke through his shock. "LOITERING-IS-PROHIBITED-IN-THIS-AREA. MOVE-ALONG."

Moto's shoulders slumped. "I don't have anywhere to go." He wandered Rata Sum, which was as dormant as a dead power crystal at night. His only companions were the thoughts that he had no lab, no money, no invention. All he had were his belongings and the dream of building an invention that was grand and heroic, showy and magical.

It was something his krewe had never been able to join him on.

Despair settled over him, multiplied by his empty stomach. He found Ekko's fish stand by the College of Dynamics dorm. The glass tank displayed Ekko's trademark: fish made luminescent by the phosphorescent agent he fed them. Moto ordered a fish skewer, only to find he didn't have enough copper to pay for it. 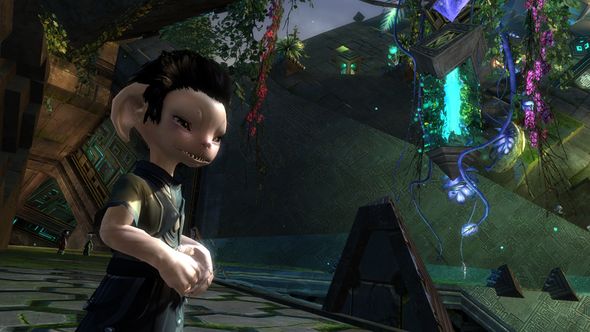 Moto sighed and pulled off a gold bracelet that she—now an ex-krewemate—had given him for his birthday. He presented it to Ekko, who picked it up, tossed it into the trash, and handed Moto a used empty skewer.

Moto banged on the door between lengthy doorbell buzzing.

A voice, as friendly as a fist, came through the speaker. "What?"

"Lortt, it's Moto. We conversed at last month's Arcane Council 'Brandy and Benefactors' party. You funded our prototype edutainment device, the Adventure Box."

"I also funded a state-of-the-art security system that I'm about to activate. It will send a plasma beam through your cranium." 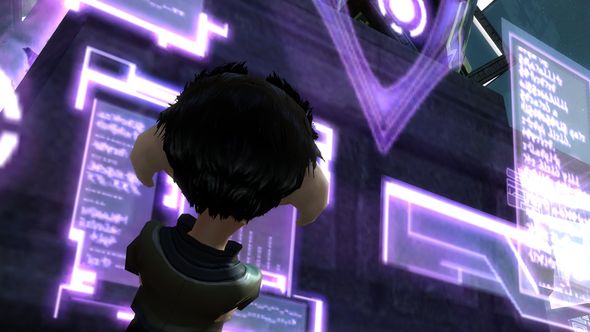 "Uh..." Moto floundered. He was used to pitching to investors in comfortable locations where it wasn't raining and where the alcohol was flowing.

"I get it. You don't want to say where others can hear. I'll come to your lab, right?"

"So, you don't have a prototype or a lab, but you came to me inquiring about funding anyway?"

"Interrupt my sleep again, I'll introduce you to my large, hungry drake."

The speaker clicked off.

Weeks later, Moto hunkered down in the makeshift lab he'd built in the Dynamics dormitory showers. The dormitory had cleared out after students had discovered their skin glowing after showering. Dynamics technicians had been stumped ... until an anonymous tip had fingered Ekko's fish stand. As peacemakers had carried Ekko away, he'd claimed someone had stolen his phosphorescent agents.

Such rotten luck, Moto thought as he consumed another energy tonic. Hours remained, and Moto felt time slipping from him. He'd promised Lortt a working prototype in a month, which had sounded like a distant milestone at the time, but more recently stalked him as a predator would. 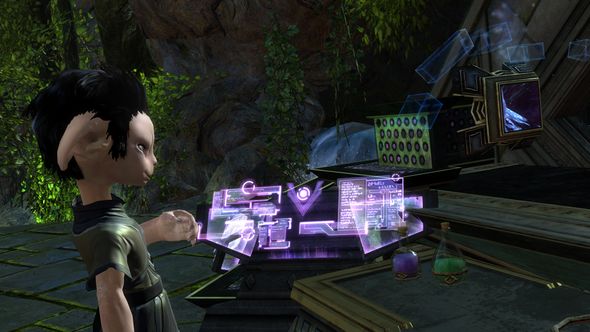 Energy drinks wouldn't sustain him anymore, so Moto channeled raw emotions to keep working. Fear assembled the casing. Pride laced the power crystals through the architecture. He pictured his old krewe, and how—after he got famous—they would cry in his shadow for kicking him out. That anger let Moto finish programming the characters.

Before he knew it, the prototype clicked into one seamless unit. Moto gazed upon his creation and smiled, but that was absorbed by exhaustion. Just a nap, he mused. Then I'll test it.

Moto awoke to shouts. "Moto! Don't tell me you're making me wait for my own appointment."

"Oh, spark. Lortt!" Moto scrambled to his feet. His only thought: the prototype wasn't tested. Lortt would see Moto's prototype sputter and fail, walk out, and take his gold with him.

Looking like a wrinkled fruit in a robe, Lortt held a leash tethered to a massive red drake.

"This is Buttercup." Lortt walked into the shower-lab. "You got one shot. Impress me. So, is that it?"

Lortt studied the cube sitting on a table. "What does it do?" Lortt activated the cube's power crystal as Moto prepared an apology.

In every direction, the room—made of tile and metal—was transformed. Stylized blocky green grass sprung out of the floor while the ceiling was painted a rich blue dotted with smiling white clouds. Along the floor, flowers perked up in the grass, and rows of trees emerged in silent splendor. 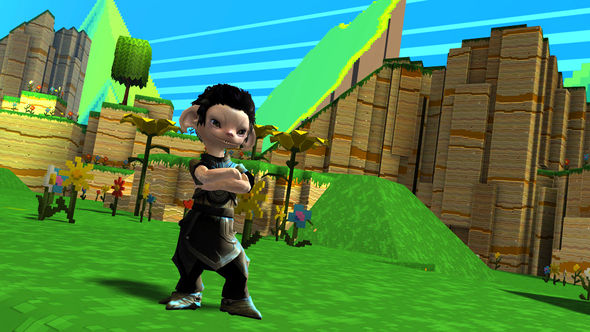 It was flawless. The graphics were smooth and charming, the quirky sounds played at the proper volume and at the right moments, and the creatures roamed the simulated grasslands in their proper patterns.

In the distance, a beautiful blond girl appeared. She gave Moto an energetic wave. He didn't think he had polished the characters, but the princess model was done and more she reminded Moto of her.

"It's completely immersive," Lortt said, straining to take it all in. "How did you..."

"You have my attention," Lortt whispered. "What else?"

Moto gazed at the princess. "You travel through distant lands, fight monsters, and rescue the princess from the evil lord."

"Selling human fairy tales to the bookahs? Clever. What about the norn and charr?"

"I'll just say it's too difficult for them. They'll see it as an insult; then, of course, they'll want to play."

Lorrt let loose a raucous laugh. "What's your name for this moneymaker, my young genius?"

The princess smiled and waved to Moto.

Moto lifted his hand to wave back, but froze when he spotted an ominous shadow in the shape of himself behind her. Moto blinked, and the shadow was gone.