This article is copied verbatim from an official source. Accordingly, please do not correct any typos or other errors before verifying that they do not exist in the original article.
Spoiler alert: The following text contains spoilers relating to Living World Season 1.

Aetherblade Pirates: Look up! is a tale by Angel McCoy.

A new pirate armada has appeared in Tyria with nary a warning and not from the sea—their ships fly! The citizens of Lion's Arch have taken to watching the skies, rather than the water, for signs of trouble.

The Lionguard, in an investigation led by Ellen Kiel, is trying to understand what these pirates want and where they came from. An excerpt from the official report filed following the initial Aetherblade raids on the city is printed below for your edification. 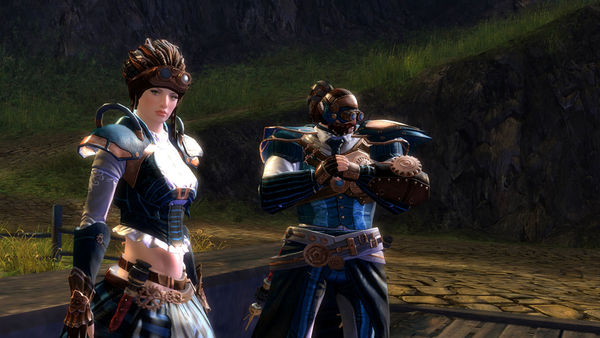 Name of Offending Individual or Group: the "Aetherblades"

Description of Known Criminal Activity Upon Citizens of Lion's Arch:

The Aetherblades appeared for the first time in Lion's Arch during the 1326 Dragon Bash celebration. They attacked Ship's Council members already injured by the strange power surge experienced at the ceremonial effigy burning. To date, it remains unclear whether they had a hand in the power surge or simply took advantage of the opportunity.

The Lion's Arch records have no information on these pirates, though we were able to capture some of their low-ranking members. From this interrogation, we learned they call themselves Aetherblades and that they have multiple ships. We were unable, however, to ascertain how many ships or the name of their leader. The captured Aetherblades exhibited unusual loyalty to their leader(s) and tended to laugh maniacally whenever we put the question to them. Whoever this leader is, they fear him/her more than they fear incarceration.

The Aetherblades are multi-racial and use magic. They also carry a weapon heretofore unseen in Tyria: a long and narrow blade that they call a rapier. It has proven quite effective as a weapon, according to those who survived the Aetherblade raids. 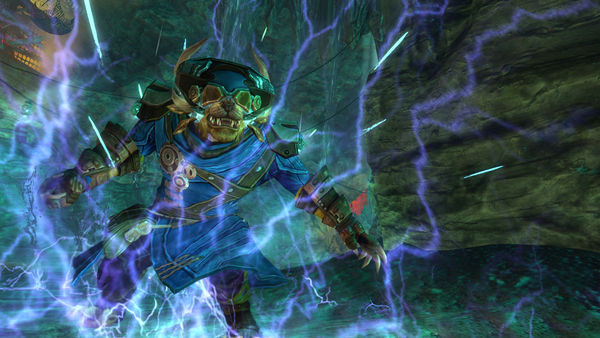 Witness reports have been varied and even contradictory at times, but I've listed the corroborated reports below, and added my own comments in parentheses:

It's difficult at this point to do more than speculate about the Aetherblades, but I believe certain information from witnesses is enough for us to make educated guesses. First, they must be extremely well-funded. Their airships must cost a great deal to maintain and their armor has been custom-designed for them. This indicates a wealthy benefactor or perhaps lucrative business practices.

The Aetherblades we've captured do not show much mechamagical knowledge. I believe it's safe to assume they have allied with an individual or group that maintains their airships but does not descend with the others for raids.

The Aetherblades have only recently appeared. Queries sent to Lionguard contacts in other cities have confirmed that they haven't been reported anywhere prior to their assault on Lion's Arch. This indicates that either they have kept themselves hidden and haven't been raiding prior to now, or they are newly formed. Both cases indicate to me that they have a wealthy backer with a specific—and undoubtedly diabolical—plan in mind.