The tale featured mainly as a step-wise hint/guide on the Mystic Forge recipe for how to create the Reaper of Souls, and should not be considered canon lore. Also, please note that the pictures in this article have been added by the player community for illustrative purposes only.

Lemark wasn't much of a haggler. the merchant had taken almost every copper he owned, but it was worth it. He was positive this time, no more fakes, no more copies, forgeries or lies, this was it. He could feel it, sinister...ghostly, it felt weird to hold, but he didn't care, his journey was one quarter complete. 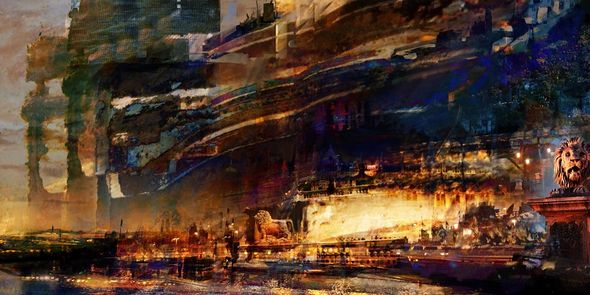 (2 days later)
Lemark sprinted down the alleyway, an endeavor likely to leave one examining refuse closer than generally preferable, but this wasn't his first time. He slowed for a moment to glance behind him, merchants still chasing with guards closely behind them. He was surprised they hadn't given up, they must be very sensitive about their heritage here, the item itself was a bit too everyday to inspire this kind of rage. "Two more blocks", he thought to himself, double-checking the sealed, cylindrical case he carried. His attempted thievery had failed, for today, but he wasn't going to lose what he had to the muddy waters of the bay.

Lemark was in high spirits, it had been a productive week. After a series of failures his luck had turned. He stared at his own reflection in the item, such a trivial thing by itself, but with many, there was power. Zomorros[sic] knew it as well, Lemark had seen the desire in his eyes before, this was one of his favorites. 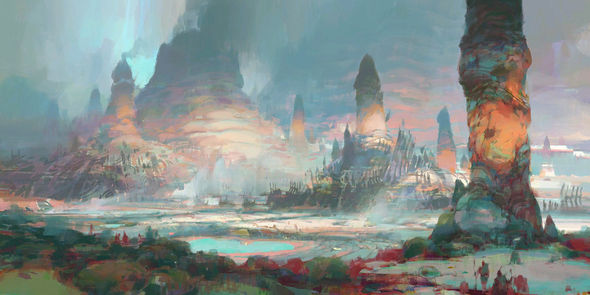 Lemark sat back against the rocky wall, brackish water rained down from one geyser or another. "What am I even doing here?" he thought for the thousandth time. He was exhausted, bloody and sore. "One of these alien curs is going to kill me before I'm done with this", he grumbled to himself as he stood up and stretched. He needed a drink, but the day hadn't grown cold yet, he still had time. His resolve hardened, one more attempt, he starred at yet another dulled blade, one more chance for results...this wasn't going to be fun.

Lemark rested his back against the rocky wall.

"Deja vu," he thought wearily. Even the thought had grown tiresome.
Two months he'd been here. Two whole months of combat. He had almost died so often that the novelty was wearing off.
"What does it say about a person when your imminent death is an uninteresting topic for pondering," he thought to himself.

He was tired of everything – this place, the clinking noises he made everywhere he went, the shelled beasts, and especially tired of the never-ending bloodshed.

He leaned his head back, closed his eyes and tried to imagine being back home. 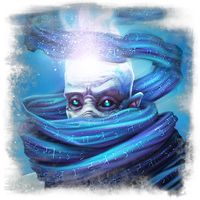 Instead he saw the smug face of Zomorros.

He had almost forgotten his hate for the being. It was exactly what he needed – a reminder of why he was here.

A slight rumbling forced his attention back to reality as one of the creatures noticed his intrusion. He stared directly at the charging beast. If he had to, he would wipe this entire species off the face of the planet.

Lemark stared at his arms, at the half healed wounds that would soon serve as a permanent reminder of his last several months. Despite that he felt invigorated. All of that was behind him. He had gotten further than anyone else before – or so he supposed.

The final piece would be the hardest. He doubted he would have to fight some great monster, that wasn't Zomorros's style. He would have to do something harder; this journey wouldn't end in a tremendous final battle. The ending would be more precise, more...scientific. He had only a single clue, contractually obligated from his last deal with the pseudo-deity.

He stood up from his table in the heart of Lion's Arch and turned south. 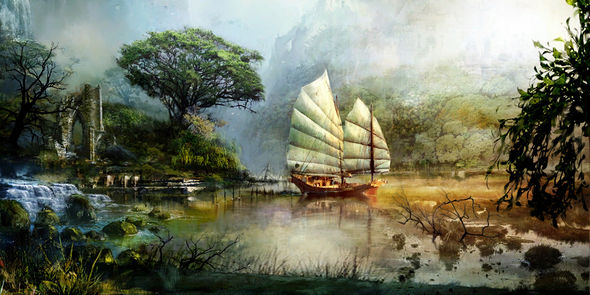 A Sylvari scientist, not what Lemark expected. He should have learned by now that there was nothing ordinary here.

Despite the science, this was a nice respite, he could get used to this. Something here was harmonious and relaxing, was that part of the plan?

A shriek echo'd all around. Lemark was surprised, he still hadn't learned. Nothing about this place was ordinary. 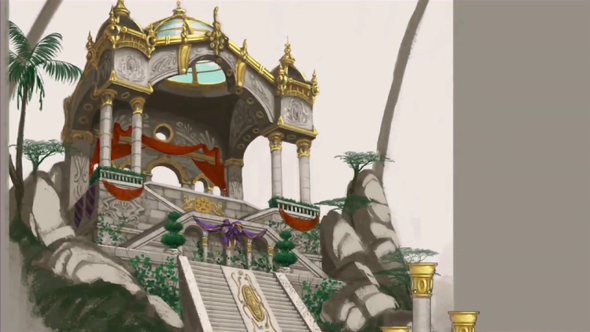 Zomorros was waiting for him, of course, a smirk on his smug face as he hovered at the end of the room. The whole place was lavishly decorated in a way that screamed wealth at anyone who entered. Zomorros wasn't a being of subtlety... usually. 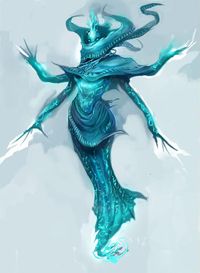 "My old friend," Zomorros said lazily, his head tilted to one side as he examined Lemark's battered appearance. "How are you? You don't look so well, I'm sure I have something that can help that around here."

"Save your gifts" Lemark spat, "I've no need for more chains".

"Well, aren't we dramatic today?" Zomorros replied with a smile as he continued to rummage through a chest of unorganized bottles.

Lemark began to walk deeper into the room. He rubbed a dirty hand across a tapestry that probably cost more than most Tyrians earned in their lifetime.

"I've come for what's mine," Lemark growled in what should have been an inaudible tone.

Zomorros turned with a scowl, all pretense of good humor evaporating. "There is a price for that".

Lemark threw his pack across the room where it fell and slid into a wall beside Zomorros. The Djinn looked intently at the pack as it burst apart , the collected items hovering in air.

"No," Zomorros almost sobbed, and Lemark was uncertain if it was a denial or disbelief.

"No," Zomorros said again, more forcefully, "these are unacceptable!"

"They are not! The Contrac-"

"You do not want to hold the contract against me, child! This is mine and you cannot deserve it," Zomorros said, visibly attempting to restrain his anger. "You don't even know what it is."

Lemark pulled a ratty parchment from his pocket and slammed it on the table in front of Zomorros. It glowed slightly in the Djinn's presence.

Lemark put his hand on the parchment and stared directly into Zomorros's eyes. "The contract," he said slowly and precisely. The words echoed unnaturally around them.

A smile slowly transformed Zomorros's features. The "skin" around his eyes tightened and his lips curled sadistically as looked up at Lemark from under his brow. "I am compelled," Zomorros said slowly as a dagger bloomed from Lemark's chest. The thief looked down in stunned disbelief. He legs went weak, but he caught himself with one arm on the table.

Lemark felt blood in his lungs; he held his breath and stood back up. Sheer stubbornness kept him on his feet as Zomorros moved in close.

Zomorros spoke softly, almost like a whisper, but every word was terribly clear and precise, "I never told you what this is". He leaned in close enough that his face filled Lemark's vision and wrapped his fingers around the hilt,

"It's the reaper of souls." He whispered as the dagger ripped free.