A Carved Path is an achievement in Grothmar Valley that involves solving the Ash Legion code to access their real camp.

Malice Swordshadow will hint at the secret of the Ash Legion camp during Revels & Rivals: "Oh, and Commander? The carvings will lead you. That's all." 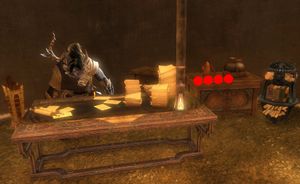 Location of the symbols, marked in red.

Enter Malice Swordshadow's tent at the

Ash Legion Camp — in Devourer's Ridge. To the right of her (see image) is a small cabinet with four symbols carved onto it. Memorize them. The exact combination of symbols changes daily.

Now head south into The Wardowns. Scattered about this area are eight trees (see map below) onto which a unique symbol has been carved; your job is to seek out the four whose symbols match the ones you found in Malice's tent and activate each tree in the correct order. You will hear a clicking sound if you selected the correct tree, but will be inflicted with burning if you select the wrong one or activated it out of order, and will have to start over with the first symbol.

Upon activating the final tree, a dialogue window will pop up informing you that a secret chute has opened. Enter it to access Recon Cove and complete the achievement. 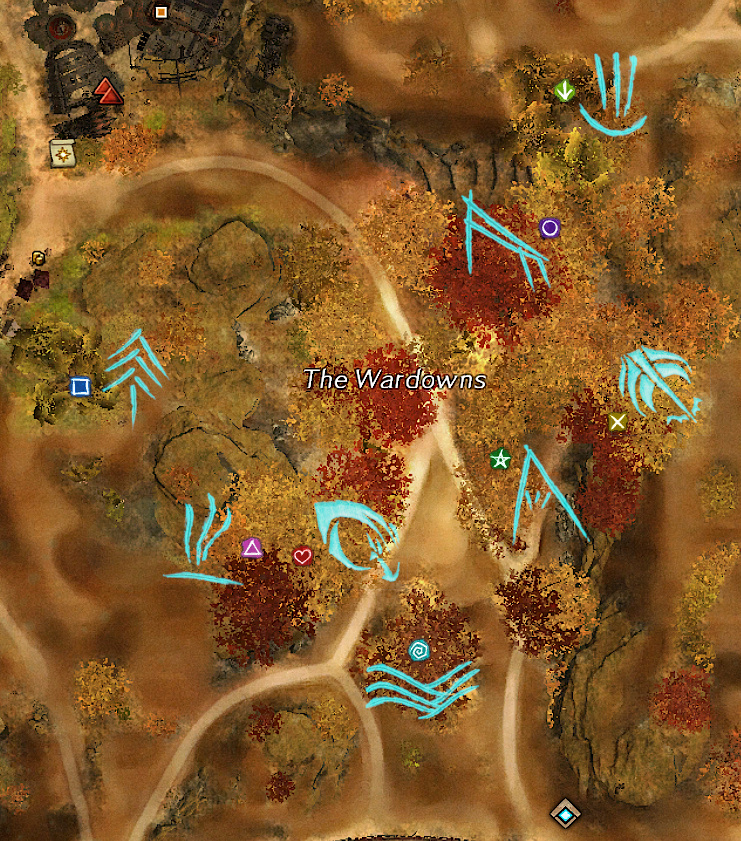 On interacting with the final tree
Something shifts at the base of the tree, revealing a tunnel.