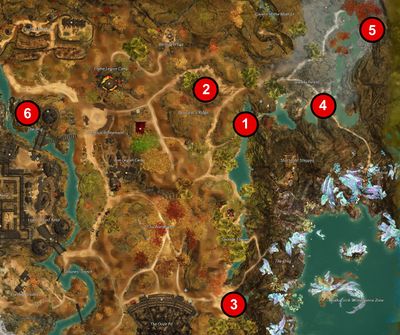 Party Guardian is an achievement obtained within Grothmar Valley, awarded for slaying all six threats to the festivities.

One random champion will spawn following each of the four meta events of Grothmar Valley, regardless of that meta's success. The champion will appear almost immediately after the Concert and the Ceremony of the Sacred Flame, but you must wait until the Contender's Colosseum closes after The Ooze Pit Trials, and for Shaman Brightblaze to return to the Flame Legion Camp after The Haunting of Doomlore Shrine.