This article is about the mount. For other uses, see Skyscale (disambiguation). 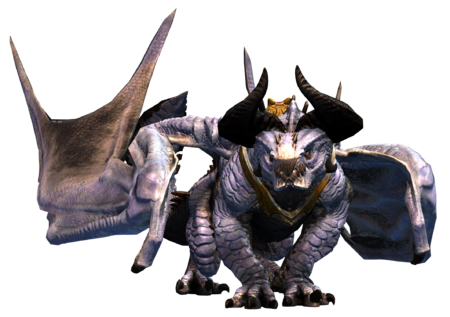 Thanks to your training, the skyscale species now has an innate steed-rider instinct and a desire to soar to new heights.

The Skyscale is a mount released with the Episode 6 of Living World Season 4, War Eternal. It is the third new mount added to the game since the release of Path of Fire. During the Glory of Dragons story step, your character unlocks the ability to borrow single-use skyscales at Skyscale Roosts across Dragonfall.

Upgrades to the skyscale mount improve its flight ability.

First, complete Descent, the final story step of the War Eternal episode. Once you're back at Lion's Arch, you'll receive mail from Gorrik, inviting you back to Dragonfall. Once there, you can find him next to the Skyscale Eyrie point of interest. Talk to him to begin the collection achievements.

You will also need access to all six season 4 maps, which you can get by purchasing all six chapters.

Skyscales are a new and mysterious draconic life form. They use their powerful wings to lift into the air from the ground and maintain altitude and can cling to walls to regain their strength. With a skyscale companion, you’ll reach heights you’ve only dreamed of.

Skyscales are a new species of lesser dragons born from the Mists out of the disturbances caused by Kralkatorrik and Aurene.[1] Similar to other lesser dragon species, like wyverns and drakes, while they are capable of consuming magic, they are not capable of ascending into Elder Dragons.[2] The original Skyscales were "born" from the Mists fully grown, resulting in an accelerated growth rate that eventually killed them prematurely. However, the next generation were born from eggs normally and do not suffer from this accelerated aging.[3] 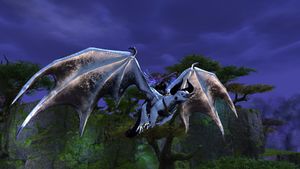 A Skyscale in flight, ridden by a player character.

Once the skyscale is fully unlocked, the player will have additional control options available as keybinds. In your Control Options menu, under Mounts, you will find Mount Ability 1 and Mount Ability 2. For the skyscale, these keybinds translate to Dash and Decrease altitude respectively. By default, your character can dash using the V, and decrease altitude using C. Alternatively the engage skill can be also used to decrease altitude, but this will cause the player to dismount once they reach the ground.

Players can control the pitch (up to approximately 30° from horizontal) of the skyscale by aiming the movement direction up or down with the Mouse while in flight.

Like the Griffon, holding space will cause a skyscale to take flight. Unlike the Griffon, a skyscale is able to hover in the air indefinitely, and can freely ascend and descend in place (for example, ascending by 500 units will cost around 37% of the green flight meter above the Endurance bar, then descending 500 units will refill that same 37% of the flight meter). However, flying laterally will begin to consume the flight meter, reducing the maximum height that the skyscale is able to attain, until it is eventually forced to land. Upon landing, the flight meter instantly refills despite the flight bar not immediately reflecting this (for example, simply 'tapping' the ground will give you an entire flight meter the moment you touch the ground).

However, using any of these means to exceed the limits of the canopy will reduce the maximum possible flight meter that can be subsequently recovered, as indicated by a red bar that fills from the right side of the meter.

This red bar will force a rapid decrease in altitude until it's depleted.

While both bars of the flight meter coexists, the red one will deplete the green one. Pressing Spacebar to increase the altitude will take priority, consuming the green bar while increasing the red bar.

The skyscale can cling to walls by holding W, or activating autorun. While clinging, the Endurance bar and the flight meter won't recharge, and skills such as Bond of Vigor will have their cooldown frozen. Releasing the key will make the mount bounce backwards, releasing the grip to the wall.

If Wall Launch is unlocked, it can be used by holding Spacebar while clinging to a wall. This will convert one Endurance bar into about 66% flight meter. Releasing Spacebar will cause the skyscale to launch upwards, expending about 20% of its flight meter.[6] As stated before, using the newly obtained teal gauge will increase the red one.

To avoid the automatic wall grab in order to land on small ledges, it's possible to move using only A, S or D, decreasing altitude with C if required. Using the dash at an angle will produce a similar result, it won't trigger the automatic grab even against a wall.

Anomaly:
Using Air Rescue after the player has been propelled by upwards ley lines or a branded tornado over a certain altitude will cause the flight meter to start red instead of green, causing a very fast descent.