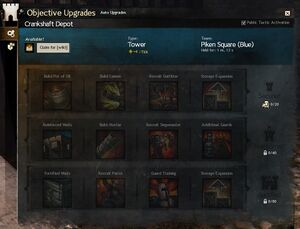 The interface for automatic upgrades. 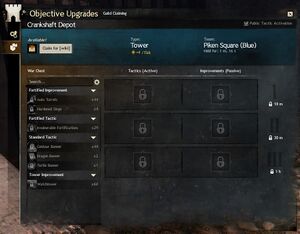 The interface for guild claiming upgrades.

Available upgrades and tier progress is displayed in a panel by clicking the objective map icons or talking to quartermasters.

Guild members with the appropriate permissions can upgrade Objectives with both Tactics and Improvements utilising the contents of their War Chest.