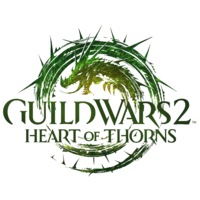 The Story Journal entries for Guild Wars 2: Heart of Thorns serve as an effective story summary from the point of view of the Pact Commander, and are transcribed here.

Mordremoth ambushed the Pact fleet at the edge of the Maguuma Jungle. The fate of the Pact assault force and our comrades Trahearne, Logan, Zojja, and Eir is unknown...but it doesn't look good. As Pact Commander, it's my responsibility to pick up the pieces and carry on. I won't abandon my friends, and I won't give up my world without a fight. 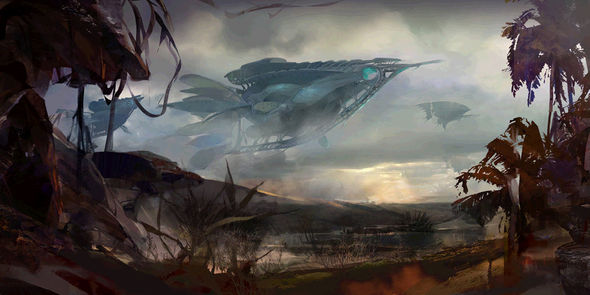 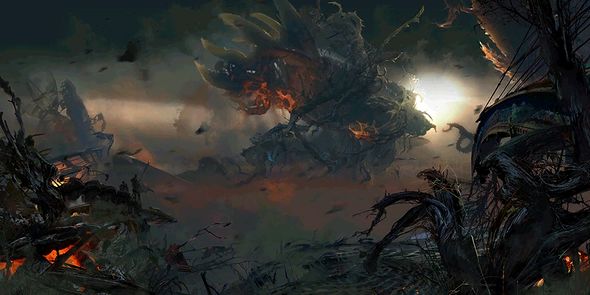 I surveyed the area surrounding the fleet wreckage and debriefed several of the Pact survivors. They provided information about where the Mordrem Guard are taking high-value prisoners, and they steered me toward a village of friendly hylek who can aid me in my search for Trahearne and Destiny's Edge. 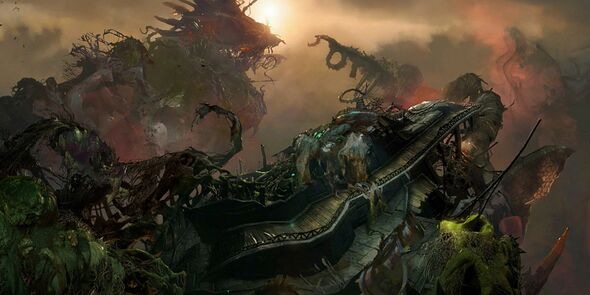 The situation in Maguuma remains dire, but we're making progress. We helped a local tribe of hylek fight off a Mordrem attack, and in return they shared their extensive knowledge of the region and provided two of their best scouts to help us track down our missing comrades. We're going to meet these new allies at the entrance to Auric Basin and then head deeper into the jungle. 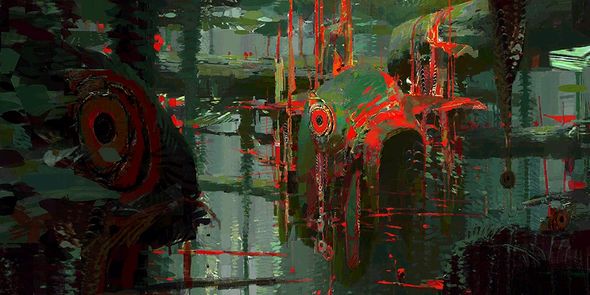 Our new hylek allies put us on the trail of Braham and Rytlock, who had scouted ahead for signs of Destiny's Edge and Trahearne. I also learned to use the enhanced jumping ability provided by certain local mushrooms, which makes maneuvering through the jungle faster and more efficient. We'll catch up to Braham and Rytlock shortly; I just hope they've learned something we can use.

We located the Mordrem Guard prison camp holding Eir. We fought our way in and destroyed the camp's ability to take and process new prisoners, but at a terrible cost: Eir Stegalkin. Betrayed and wounded by Faolain during the escape, Eir fell in combat with a Vinetooth, Mordremoth's elite hunter-killer. Braham stayed behind to perform funeral rites while I and the rest of my team pressed deeper into the jungle. In Eir's name, and to honor her memory, we are going to complete our mission and destroy Mordremoth.

I returned to Verdant Brink and reported Eir's death to the Pact survivors. The officer I spoke to expressed her sorrow, and we both returned to our duties more determined then ever to bring Mordremoth down. 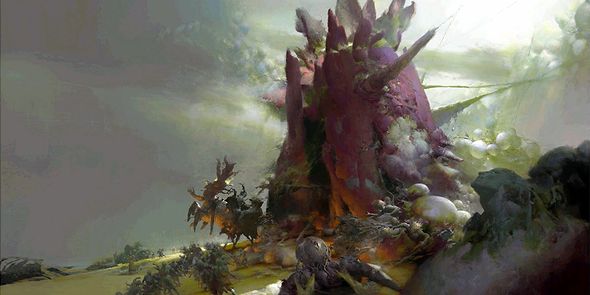 Still reeling from Eir's death, my team went deeper into the jungle to confront Mordremoth and its hordes.

I led my team into Auric Basin to advance deeper into Mordremoth's territory and continue our search for Trahearne and the surviving members of Destiny's Edge.

After an exhausting chase, and with the help of a strange being named Ruka, I recovered Glint's egg. Caithe has disappeared into the jungle, hunting the corrupted creature that once was Faolain. I've heard there's a refuge built by Ruka's people, the Exalted, whose sole purpose is to protect the egg. I've decided its worth checking the place out. These structures remind me too strongly of my vision. 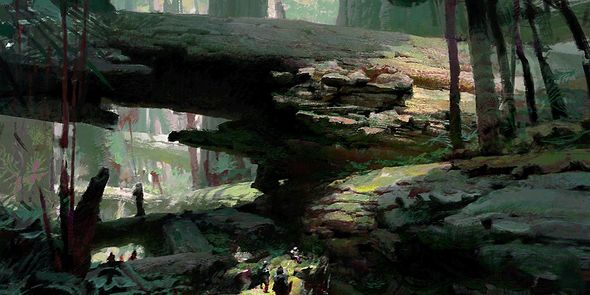 I withstood the Exalted trials of strength, wisdom, and teamwork in order to secure the egg in a chamber built by the Forgotten for this purpose. Now that it's safe—for now—I can continue on to my next objective: find my friends and break Mordremoth. 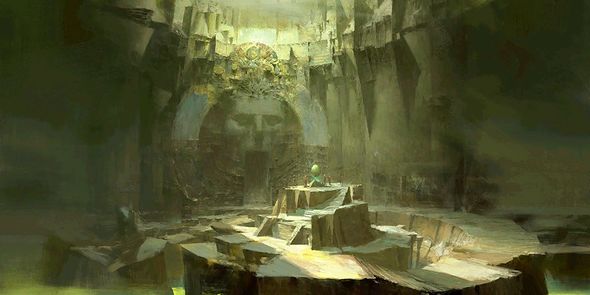 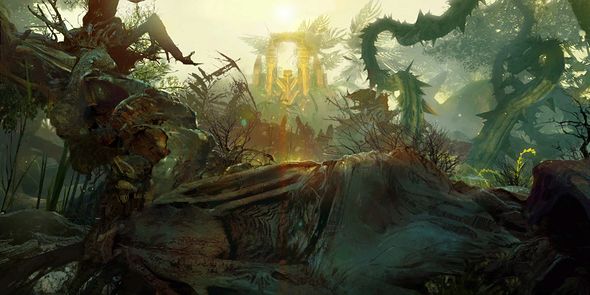 I caught up with Taimi, who had wandered away from the group, and we discovered an observatory created jointly by the Exalted and asura. It revealed a map of the area marked with ley-energy concentrations. One may be a place called Rata Novus—a legendary, lost asuran outpost where we might find allies in the battle against Mordremoth. Taimi was over the moon. 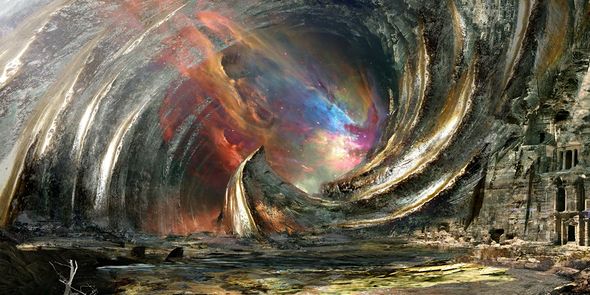 I decided to turn the team in the direction of Rata Novus upon learning the lost asuran city may have resources we could use against Mordremoth. On our way, we crossed paths with some Pact soldiers who had been held captive with Zojja and Logan. They explained that our captured friends had sacrificed their freedom to create a distraction while the soldiers got away. Unfortunately, some of the Pact group had gone missing when a murderous creature chased them into nearby caves. Braham and I put down the beast, but could not save the soldiers. One of them lived long enough to relay in which direction the Mordrem cavalcade took Zojja and Logan. I made the call to split our team. Half of the team will track the cavalcade, while Braham, Canach, Taimi, and I head to Rata Novus—hopefully toward allies or insight that will help us kill this dragon. 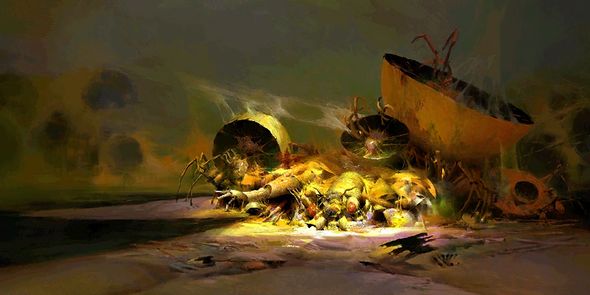 It took some doing, but I finally gathered enough ingredients to have Tizlak craft a solvent that allowed us passage into Rata Novus. He mentioned the city’s no longer active, but we have to press on. Our hope is that someone or something is still down there than can help us destroy Mordremoth.

We entered the lost, underground asura city with the promise of possibly finding allies in the war against Mordremoth, but those hopes were quickly dashed when we confirmed Tizlak's information—the city was long dead. However, there was a chance their research still existed, so we powered up the city and followed the biggest energy draw to their Elder Dragon lab. The only way inside involved Taimi sacrificing Scruffy to bridge a blown-out ley circuit. She proved to us she's more than just an asura with a golem, she's a self-sufficient soldier. Once in the Rata Novus Elder Dragon lab we discovered that each dragon has a unique and respective weakness. We didn't discover what Mordremoth's was, but at least we know the dragon can be felled. Our job now is to find out how. 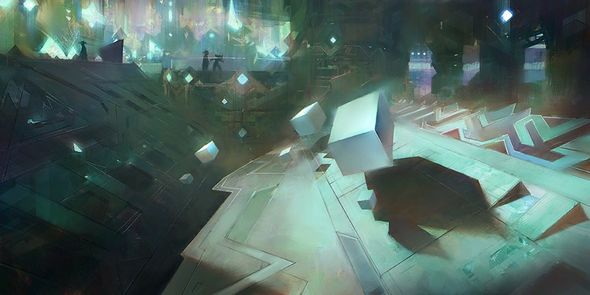 I had to catch up with the others who went after Zojja, Logan, and Trahearne and let them know what we discovered in Rata Novus. Thankfully, Rox left the the trail I requested, which allowed me to locate them.

You found your team. 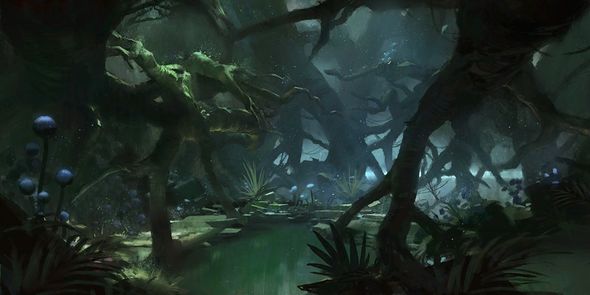 Braham, Canach, and I caught up with the rest of the team and forged deep into the jungle dragon's stronghold as we tracked Zojja and Logan's trail. We found and saved our friends, but they weren't in any shape to continue, so I sent them to safety with Kasmeer and Rox. Caithe showed up, and despite my initial misgivings, she fought alongside us as we pursued Faolain on the way to where Trahearne was being held. We finally gave that warped abomination payback for Eir's murder. And although Faolain's dead, we missed saving Trahearne. Mordremoth yanked him out of our grasp at the last moment. It's time to free the marshal and end the dragon. 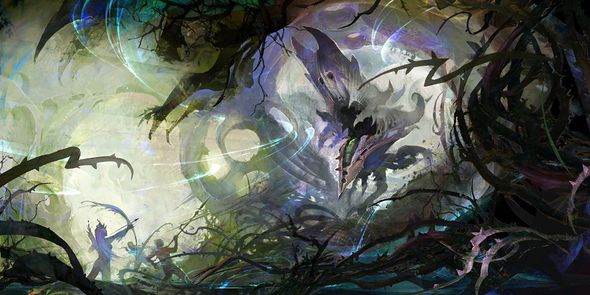 My allies and I found Marshal Trahearne and, with his help, entered Mordremoth's mind for a final confrontation. The Jungle Dragon's mental and magical defenses were formidable, but we prevailed. Defeated, Mordremoth survived inside Trahearne, and there was no way to finish off the dragon without also killing the marshal. At his urging and with great regret, I ended Trahearne's life and destroyed Mordremoth once and for all. The dragon's death sent an enormous wave of magical energy across the entire jungle; it remains to be seen what effect this wave will have on the region, and the entire world. 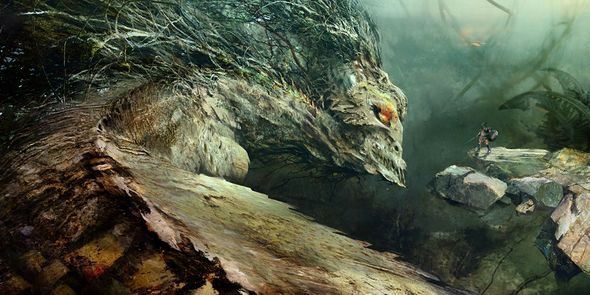