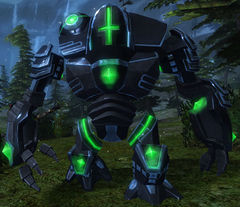 2-MULT is one of the Guild Bounty targets. This defective prototype weather golem has been storming around Timberline Falls. It needs to be brought in for a software patch.

We're shutting you down now, before someone gets hurt. (with bounty active)