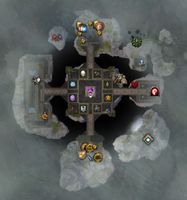 The Mistlock Sanctuary, a collection of rocky scraps of land floating in a low-gravity void, is a safe haven within the Mists for Mistwalkers and Fractal explorers that seems to have been colonized by asura similar to Dessa's Krewe. Perhaps due to the unstable release of magic following the deaths of two Elder Dragons, it has established a foothold in Tyria, allowing visitors to easily come and go. It features most services and crafting stations, and is unusual amongst lounges in that it exists within its own unique map.

Access requires one of the two types of Mistlock Sanctuary Passkey: 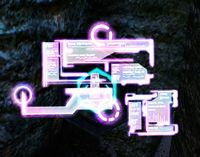 The panel which begins the bouncing ball game.