Lily of the Elon

Lily of the Elon 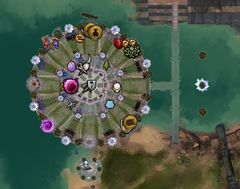 Map of Lily of the Elon

Rub elbows with Amnoon's elite with an exclusive pass to a luxury riverboat casino notorious for serving both the nobility and criminal underground. This decadent den of iniquity offers convenience and comfort to those in the know, with access to vendors, banking, the Black Lion Trading Company, and more.

The Lily of the Elon is a lounge located on an artificial island within the Bay of Elon, south of the Free City of Amnoon. Owned by the wealthy businessman and socialite Zalambur, it is frequented by privileged guests ranging from nobles to members of the criminal underground.

Order of Shadows Agent: Wicked, ley-enhanced creatures are roaming the desert. What are you going to do about it? 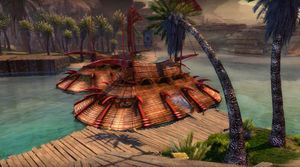 Appearance of the Lily of the Elon during the demo.
Lounges