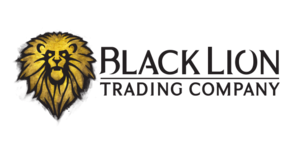 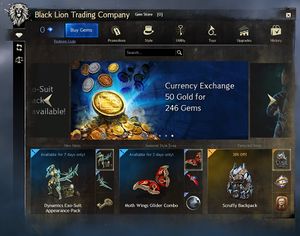 The panel defaults to the Gem Store tab when opened.

Need a Black Lion Chest key? Or maybe a stylish backpack? You can purchase those and more for gems in the Black Lion Trading Company Gem Store. Just click the lion icon in the top left of your screen.

is an icon that is indicating something new was added into the Gem Store. Mostly a new set of items in a bundle.

is an icon that is indicating an item is given for free at the Gem Store. These items have included Revive Orb, boosters, Transmutation Charges and many more.

Indicates that there are items or coins to be picked up from the Trading Post.